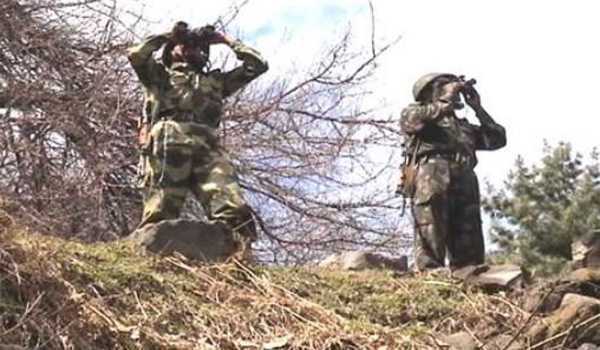 New Delhi/Srinagar, The Indian troops on Sunday hit at least three launch pads in retaliatory action at the Line of Control (LoC) in Pakistan-occupied Kashmir (PoK), killing 6-10 Pakistan soldiers, Indian Army Chief Gen Bipin Rawat confirmed. Earlier in the morning, Pakistan had violated the ceasefire and resorted to indiscriminate firing, in which two soldiers and a civilian were killed and three villagers were injured at Tangdhar sector in the frontier district of Kupwara.

Talking to the mediapersons here, Gen Rawat said, ”On the basis of reports, 6-10 Pakistani soldiers have been killed, three camps destroyed and a similar number of terrorists killed. Indian troops used Artillery guns to target the militant launch pads near LoC. ”Ever since Article 370 was abrogated from J&K, we have been getting repeated inputs of infiltration by terrorists from across the border to disturb peace & harmony in the state.” He also accused some people of destabilising the state.

“Gradually, things are returning to normalcy in valley but obviously there is somebody who is working behind the scenes at behest of terrorists and agencies that are some within and some outside country in Pakistan and PoK, who’re trying to disrupt peaceful atmosphere,” he added. He said that the Indian Army had information that terrorists were inching towards Indian camps in Jammu and Kashmir.

“Of late, we had info that terrorists are coming closer to camps in the forward areas. In last 1 month, we have seen repeated attempts from different sectors to infiltrate terrorists,” Gen Rawat said. He also said that a severe damage was done to terrorists infrastructure across LoC. Official sources told UNI that the Indian troops used Artillery guns to target militant launch pads near LoC from this side and did not enter the PoK.

They said at least three launch pads in PoK were hit in retaliatory action by the Indian troops from this side. However, the exact number of militants present in these camps was not immediately clear, sources said, adding that it was not a surgical strike. According to an Army spokesperson, one civilian, identified as Mohd Sadiq (55) was killed in the firing.

The injured have been identified as Mohd Maqbool (70), Mohd Shafi (50) and Yusuf Hamid (22).The offcial sources said Pak troops, earlier, fired mortar shells and resorted to indiscriminate firing with automatic weapons from across the border in Teetwal Tanghdar sector in Kupwara, targeting forward posts and civilians area at the Line of Control (LoC) late last night.

The Indian troops retaliated and the exchange of fire continued till 0300 hrs on Sunday.Over a dozen houses have also been damaged in the shelling, they said, adding six animals also died after a shell fell on a cowshed. A massive rescue operation was launched this morning to shift the residents.

There was no report of any loss of life or damage to property on this side of the LoC, the sources said. Sources said the Pakistan troops are resorting to shelling and firing to help the large number of militants present at launch pads to sneak into this side before the infiltration routes are closed due to heavy snowfall in winter. The higher reaches received light snowfall during the past 24 hours due to which the mercury has dropped considerably.

However, there will be no lowering of guard and security forces, guarding the LoC, will continue to intensify night and foot patrolling to thwart any infiltration bid.J&K Director General of Police (DGP) Dilbagh Singh recently said that some militants had managed to enter the state from the PoK. However, he said, majority infiltration bid were foiled by the troops. In New Delhi, an Army Spokesperson said, “Last night, Pakistan Army initiated unprovoked CFV to assist infiltration by terrorists into the Indian territories.

”As a result, calibrated escalation of area weapons was undertaken by the Indian side in which terrorist launch pads, Pak Army Posts giving incidental protection to these launch pads and certain Gun positions were hit.” “The Indian Army retains the right to respond at a time and place of it’s choosing in case Pak Army continues to assist terrorist activities across Indian borders,” he added. (UNI