International Day of Sign Languages celebrated across world on Sep 23 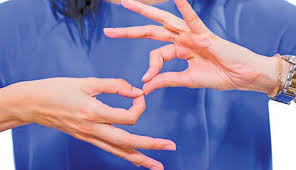 Chief Minister Mamata Banerjee on the occasion of International Day of Sign Languages, on Monday said, “We must stand by the people who are specially-abled.”

The United Nations General Assembly has declared September 23 as International
Day of Sign Languages as part of the International Week of the Deaf.

The choice of September 23 commemorates the date that the World Federation of
Deaf (WFD) was established in 1951. By promoting human rights and access to sign
language, the WFD is working to improve the lives of millions of deaf people who face
inequality every day. The International Week of the Deaf (fourth week of September) was first celebrated in September 1958 and has since evolved as annual event globally.

The WFD strongly believes that the present United Nations resolution is a valuable
extension of this tradition and has the potential to increase the understanding of United Nations member states, the private sector and the United Nations’ system in closing existing gaps in the achievement of human rights for deaf people.

This resolution recognizes the importance of sign language and services in sign
language, including quality education available to deaf people as early in life as
possible. It is vital to the growth and development of the deaf individual and significant
to the achievement of the internationally agreed development goals.

It recognizes the importance of preserving sign languages as part of linguistic and
cultural diversity. It also emphasizes the principle of “nothing about us without us” in
terms of working with deaf communities.

According to the WFD, there are approximately 72 million deaf people worldwide.
More than 80 per cent of them live in developing countries. Collectively, they use more
than 300 different sign languages.