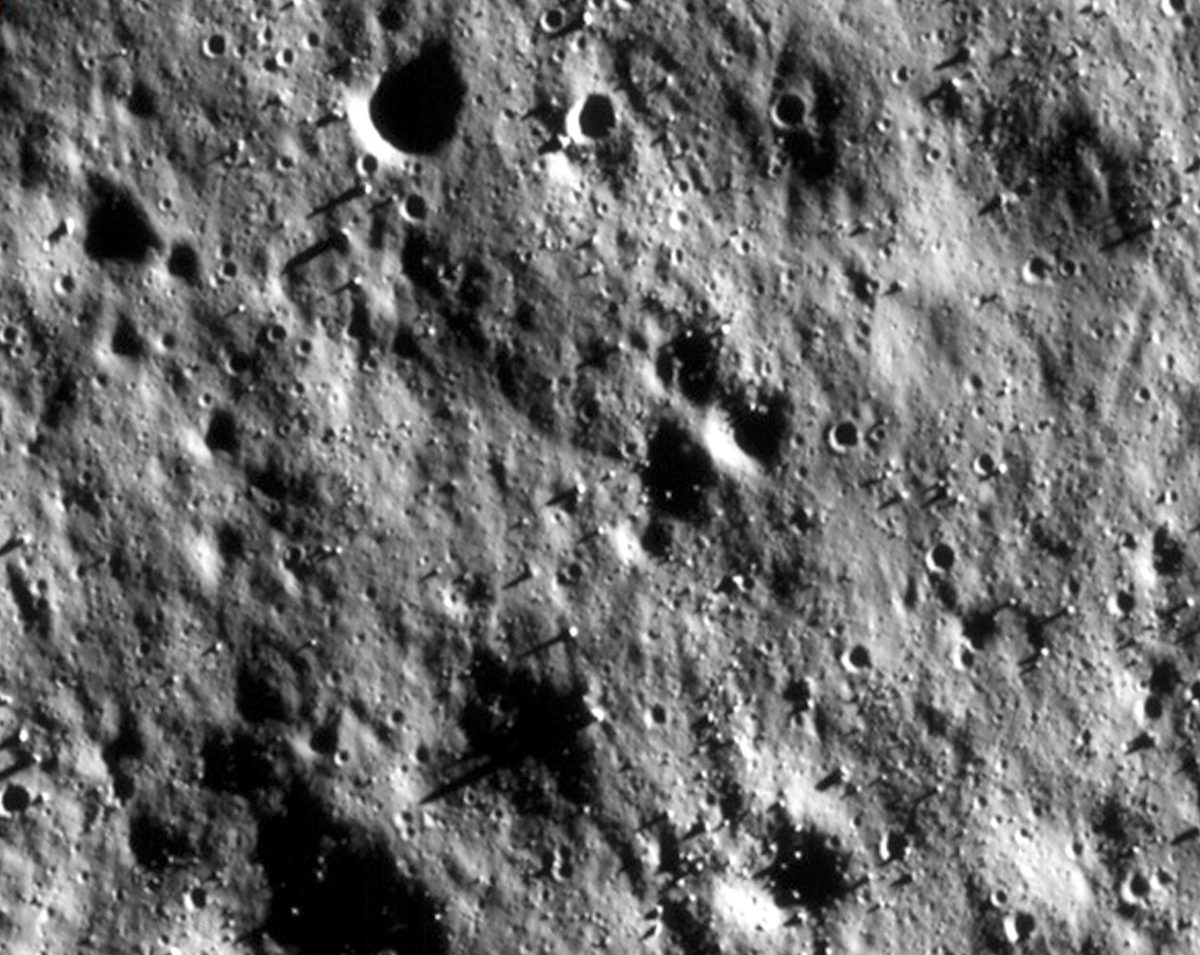 Chennai, Oct 5 (UNI) The Indian Space Research Organisation (ISRO) on Saturday released the images of moon’s surface taken by the Chandrayaan-2’s Orbiter. ISRO in its website said images were captured by the Orbiter High Resolution Camera (OHRC) mounted on the 2 Orbiter from an altitude of 100 km. The OHRC provides very high spatial resolution images of the Moon.

This operates in the visible Panchromatic band (450-800 nm). With spatial resolution of 25 cm from a 100 km orbit and a swath of three km, it provides the sharpest images ever from a lunar orbiter platform. ISRO said OHRC was an important new tool for lunar topographic studies of select regions.

The image covered a part of Boguslawsky E Crater–measuring about 14 km diameter and 3 km depth–and its surroundings, which lies in the Southern Polar areas of the moon. The images also showed boulders and small craters on the moon. The Second Lunar Mission, launched on July 22 from SHAR Range, was almost cent per cent success.

Chandrayaan-2 almost completed its 3,84,000 km long journey, before the Vikram Lander carrying a Rover (Pragyan), lost communication with the ground station on September seven with in just two kms of the landing surface on the south polar region.