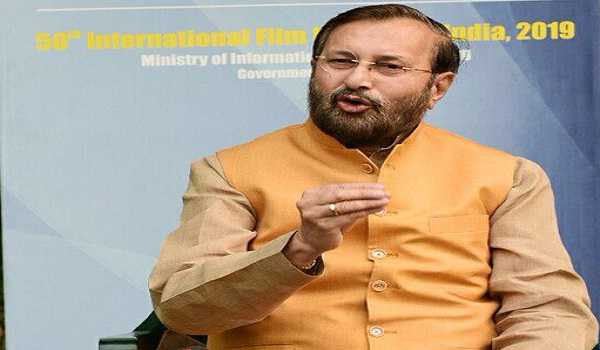 “It is unfortunate that Delhi CM is politicising the issue of Air Pollution & instigating students to write a letter to Haryana & Punjab CMs to show them in bad light and present them as villains.” Mr Javadekar said while announcing the IFFI awards here in the capital.

He said the problem of air pollution has aggravated in the last 15 years and is now being effectively remedied by the Narendra Modi led government. “We have started inter-state meetings of NCR ministers and officials. All stakeholders need to act together and not blame each other,” the Minister said.

In a veiled attack on Delhi Government’s odd-even policy, Mr Javadekar said solution to air pollution is not ‘switch on’ and ‘switch off’ mode. “It is the sustained efforts which will bring down the pollution”, he asserted.

He also urged all the state agencies alongwith people to participate in this effort to combat the air pollution.

The Union Minister made these accusations while announcing Icon of Golden Jubilee award, which will be conferred upon actor-turned politician S Rajnikanth.

The south superstar also responded to this award. “I thank the government of India for this prestigious honour bestowed upon me on the golden jubilee of the International film festival of India,” the top star said in a tweet.

Meanwhile, the government also decided to confer life time achievement award on famous French actor Isabelle Huppert. The actress has appeared in more than 120 films since her debut in 1971. (UNI)