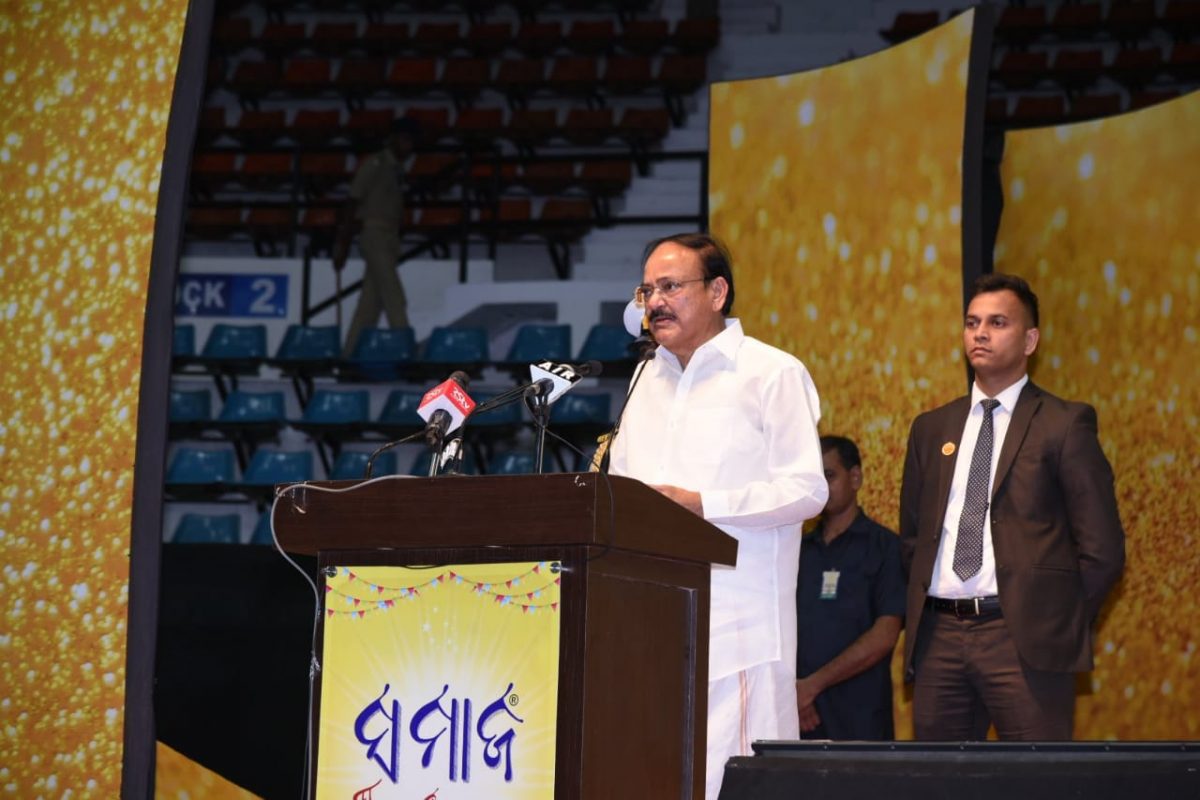 Cuttack: The pervasive menace of fake news now threatens to destroy the credibility of media, Vice -President M Venkaiah Naidu  said. Addressing the centennial celebration of  Odia daily Samaj here today, Mr.Naidu  appealed to the media to be prepared to effectively tackle and disprove fake news by taking control of the narrative. He said, “We live in an era of rapidly proliferating social media, a by-product of which is fake news, he said and called upon the  media to devise creative solutions to contain fake news and also at the same time  must tackle paid news with the same zeal too.

“Media must inform, educate and enlighten people as it has a critical role to play in the formation of public opinion. “It must empower citizens and help in ushering in greater transparency and accountability in the governance system. “Media must also expose loopholes in the democratic system, which ultimately helps government in filling the vacuums and gaps, making the system more accountable, responsive and citizen-friendly.”

“A democracy without media is akin to a vehicle without any wheels,”he stressed. “A free and fair media is not just a part of a healthy democracy but is an indispensable prerequisite,”he asserted. The Vice-President said Mahatma Gandhi once said that it is the duty of a journalist to realize the public opinion of the country and give it a vocal expression boldly. In view of the tremendous responsibility it holds, media must remain honest and truthful and act with great restraint, responsibility, placing the welfare of the common man and the progress of the nation at the centre of all its activities.

“TRPs, circulation figures and bottom lines, though important, must not dictate  the path,” Mr.Naidu said and urged the  media to shun tendency to sensationalize and  take care to stick to facts dispassionately and steadfastly and must diligently desist from mixing news and views.”It must get rid of established prejudices and give voice to the expectations of youth, women, farmers and entrepreneurs,” he  remarked. Media must act as the moral compass and the conscience of the society and must aggressively campaign to end all social evils to become the voice of the voiceless and help the helpless.

Vice President congratulated the Samaja family  for completion of 100 years which  he said  is a significant milestone in the journey of an organization. He said, “I am glad to note that the Samaja has remained the nerve centre of journalism, intellectual pursuit and social service in Odisha since its inception a century ago.” Speaking  on the occasion Chief Minister Naveen Patnaik said  Media is  oxygen for democracy  and a free and  independent media   will only  strengthen  the democracy.