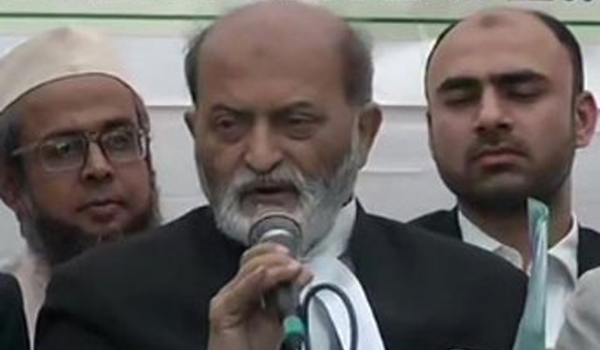 Lucknow, Nov 9 (UNI) Amid the cautious attitude over the Supreme Court’s judgement in favour of the Ram temple in Ayodhya, the Muslim side has announced to seek legal advise on the court’s judgement, though they welcomed the verdict with some reservation. Sunni Waqf Board lawyer Zafarayeb Jilani, who is in Delhi, said that they respect the court order, but are not satisfied with it.

“We will take legal advice for further action,” he stated, while expressing that the Muslim side did not agree with certain aspects of the verdict. However, he said people should maintain peace and harmony and accept with full heart, the SC verdict. On the other land, executive member of the All India Muslim Personal Law Board (AIMPLB) and Imam of Eidgah Aisbagh Lucknow Maulana Khalid Rashid Firangi Mahali said the legal committee of the Board will examine the verdict and then take a future decision.

“It is a historic verdict, in which the Supreme Court too admitted that the Mosque was not built on any temple,” the Maulana said, while accepting that a new brotherhood between Hindu and Muslims would commence with a new vigour. On the other hand, title suit plaintiff Iqbal Ansari, who is in Ayodhya, also welcomed the decision of the apex court and said that it is a good gesture that they have asked the government to give land to the Muslims for construction of a Mosque.

“We appeal to the people to maintain peace and accept the SC verdict, which is good for the country,” he further said. Maulana Quazim Abbas has also appealed to the people to maintain calm at his juncture and welcome the judgement. Meanwhile, BJP leader and former Rajya Sabha member Vijay Katiyar welcomed the SC ruling and handing over the disputed land for the Ram Temple.

“It is the duty of the government now, to search for the land for early construction of a Mosque in Ayodhya,” he said, appealing to people to remain calm and not get excited with the judgement. The firebrand BJP leader, who is known for his controversial remarks, refrained from making any statement further.