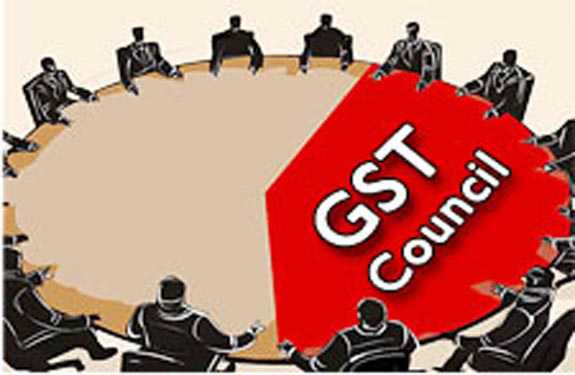 Can the Finance Ministry of India explain why such plunder of the tax payers’ money is being allowed be spent on a mere meeting of the GST Council when each citizens bleeds to make each of such pies.

Don’t we have any mechanism in place to keep a watch on such splurge of Rs.3.Cr plus which can help a hospital to be renovated or a few schools be built.Why this double standard in practice by the political masters without whose nod such hideous spends are impossible. A woman dies or delivers a baby on the road side due to bad roads but what do the rulers mean by such huge extravaganzas for a council meeting only.

The Goa Government spent a whopping over Rs 3.26 crore on the two day 37th meeting of the GST Council which was held at a star hotel on last month, information received through RTI has revealed.

As per information obtained under RTI by Adv Aires Rodrigues from the Office of the Commissioner of Commercial Taxes, a Vasco-based company was engaged by the Goa Tourism Development Corporation (GTDC) for a whopping cost of Rs 1, 95, 60,000 as the event management agency for the two day meet which included all the advertisements, hoardings and Pole advertisements raised across Goa portraying the photos of Union Finance Minster Nirmala Sitharaman and Chief Minister Pramod Sawant.

‘The Double Tree by Hilton where the meet was held has cost Rs 50, 69,600 which includes accommodation and meals for the delegates including the Presidential Suite which cost the tax payer Rs 59,500 a night while Rs 10,16,000 was has been towards food and beverage. The government spent a further Rs 30,00, 000 on those dignitaries who stayed in Cidade-de-Goa at Dona Paula, Advocate Rodrigues, quoting the RTI information revealed.