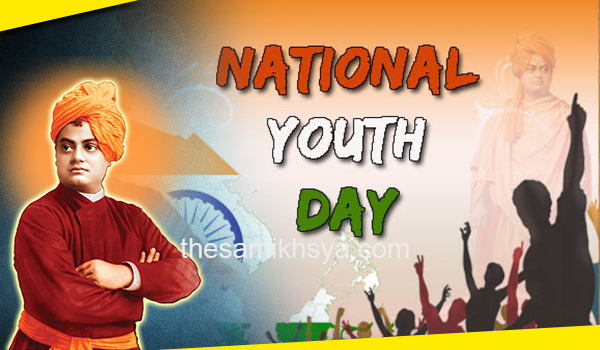 New Delhi, Jan 12  President Ram Nath Kovind led the nation on Sunday to pay tributes to one of the greatest spiritual leaders of India — Swami Vivekananda — on his birth anniversary.

Vivekananda’s birth anniversary is observed as National Youth Day in the country.

Kovind tweeted: “Homage to Swami Vivekananda on his birth anniversary. In honour of this great scholar, monk and visionary who inspired generations, especially the youth, we commemorate this day as #NationalYouthDay. May Swami Vivekananda’s life & deeds continue to inspire us in years to come.”

Prime Minister Narendra Modi said: “Swami Vivekananda lives in the hearts and minds of crores of Indians, especially the dynamic youths of India for whom he had a grand vision.”

“My Pranaam to #SwamiVivekananda Ji on his Jayanti. On #NationalYouthDay let us remember his achievements and contributions to the society which has been a guiding light for all of us and which will continue to inspire crores of Indians, particularly our youths,” tweeted Union Minister Ravi Shankar Prasad.

Rajasthan Chief Minister Ashok Gehlot tweeted: “My humble tributes to #SwamiVivekananda on his birth anniversary. He was a great spiritual master, a philosopher and a visionary, whose thoughts & words are an ever-inspiring reservoir of positive energy. #SwamiVivekanandaJayanti”

Sharing Swami Vivekananda’s quote, Punjab Chief Minister Capt. Amarinder Singh said: “Remembering #SwamiVivekananda ji on his birth anniversary. I am most impacted by one of his quote ‘You can’t believe in God until you believe in yourself’. An important message particularly for youngsters. Believe in yourself & I am sure you will achieve whatever you aspire for.”

Asserting that Swami Vivekananda’s teachings and wise words continue to pave the path for the people, cricketer Suresh Raina paid his tribute.

Former Maharashtra CM Devendra Fadnavis wrote: “Salute to the real youth icon Swami Vivekananda ji who told the world about the greatness & strength of our nation.”

The official Twitter handle of Congress shared a quote: “‘Take up one idea. Make that one idea your life – think of it, the dream of it, live on that idea’. Today on #NationalYouthDay, we salute the Indian youth for embracing one idea, the idea of India.”