Nature ‘one of most effective ways’ of combatting climate change, lets get up 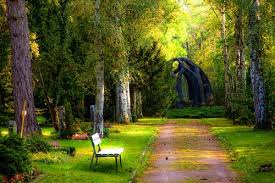 It is told in these columns more than once that, nature knows how to restore itself but, when it does, it does with a vengeance usually’. But, in a climate of change the world is in now, climate enjoys the percentage of concern where political brinkmanship should be the secondary priority if human survival is paramount.

It is the call everywhere. Imagine a whopping number of about 300,000 demonstrators spread over several key cities in Australia are trying to create the awareness to act fast against the climate change before the time runs out. It is not know, exactly how is this momentum gains its roots in India, but going by media, in general, there is a shifting focus when majority of political narratives in the country hovers over issues like Huston or Pakistan in the UN and so on.

There is a perceptible miss in the urgent concern that the climate change issue deserves now. Now or never is the buzz that must resonate everywhere. Look at a shocking back-drop here. In last one decade, India has lost almost one crore trees to the cause of roads’ expansion and creation but, not even one lakh trees planted to compensate the loss. A virgin forest to grow full-fledged it requires more than half a century all must know .

Nature is “one of the most effective ways” of combatting climate change and should be part of every country’s climate strategy according to the Executive Director of the UN Environment Programme (UNEP) Inger Andersen.

World leaders will be gathering at the United Nations in New York next week at a Climate Action Summit convened by the UN Secretary-General António Guterres and  Andersen will be there to promote the idea of nature-based solutions to combatting climate change.

UNEP is supporting one of the nine summit action tracks designated by the Secretary-General under the leadership of the Governments of China and New Zealand. UN News asked Ms Andersen how nature can help to reverse climate change.

The world’s climate is changing rapidly and these changes are evident on a daily basis. Global temperatures are rising, rainfall patterns are changing and the weather in many parts of the world is more erratic and unpredictable than ever before. The effects are widespread; natural habitats are changing, biodiversity is being lost, farming cycles are being disrupted and water stress is becoming more common than not.

Natural hazards such as floods, droughts, hurricanes and heatwaves are becoming more extreme and frequent costing countries billions of dollars and destroying homes, infrastructure and livelihoods. The climate crisis is threatening people’s well-being, food security and worsening poverty.In June this year, the UN Secretary-General said the world needs to create conditions for “harmony between humankind and nature.”

And climate change is a very important part of the solution puzzle. There are many ways to address climate change, but one of the most effective and immediate ways is using what is on our door step… nature.

For example, nature-based solutions can focus on reducing emissions from deforestation and agricultural practices and enhancing the ability of natural ecosystems to remove carbon dioxide from the atmosphere. Remember, it is carbon dioxide that contributes to the greenhouse gases that lead to global warming.
The UN Secretary-General’s Climate Action Summit provides an opportune moment to catapult nature-based solutions to the forefront of climate action.

(with inputs from agencies)