‘No decision’ on supporting Shiv Sena in Mah, says Cong; to hold further talks with NCP 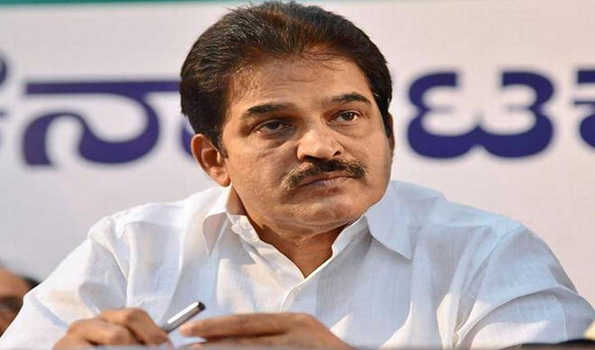 New Delhi, Nov 11 (UNI) Even as the Shiv Sena on Monday met Maharashtra Governor on the Government formation in the state , claiming the support of the Congress and the NCP in this regard, the Congress on Monday remained undecided on the issue .

After a day long parleys with different parties and a final meeting of the senior leaders, the Congress on Monday said it has not take any decision to extend support a Shiv Sena government in Maharashtra.

It said that the party president will have further talks with NCP leader Sharad pawar.

“No decision”, Congress general secretary in-charge of organisation KC Venugopal said to mediapersons when asked about the party’s support to Shiv Sena in government formation in the state.

In a statement issued after the meeting, the Congress said ,’the Congress president has spoken to Sharad Pawar and the party will have further discussions with the NCP .’

Sources said that a section of senior Congress leaders and party leaders from Maharashtra is still backing the idea to support the Sena-NCP government from outside.

Party sources also said that Congress president Sonia Gandhi and and former party president Rahul Gandhi are still not in favour of extending support to the Shiv Sena and she had made it clear to the party leaders in the meeting.

Earlier, reports said that  Gandhi had changed her mind after received a phone call from Sena Chief Uddhav Thackeray and sought Congress support to form the government.

The meeting, chaired by   Gandhi and attended by senior leaders like AK Antony, Ahmed Patel and  Venugopal, was the second meeting held on Monday to discuss the issue.