No mere dog that! Defence Minister condoles death of a Canine soldier of Indian army 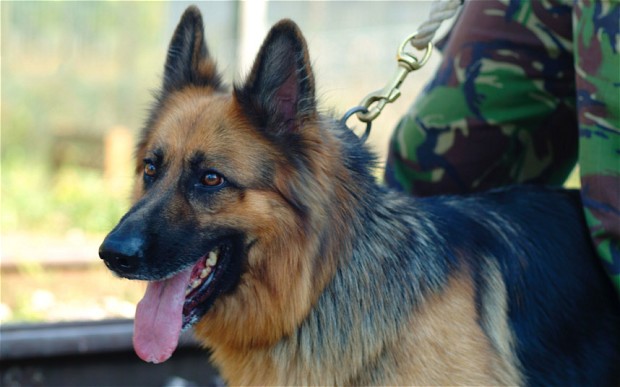 It was a rare gesture from none other than the Defence Minister of the country to have payed his condolences to a Canine Soldier. Such gestures, howver symbolic they may be, goes down miles to reflect the both civility and valor that constitutes the fabric of our armed forces.

Defence Minister Rajnath Singh on Sunday expressed condolence over the death of a 9-year old canine soldier, who served the Army for years.

”The Raksha Mantri has expressed his condolences at the death of ‘Dutch’ a ‘Canine Soldier’ who recently died after serving the Army and the nation for years,” the Defence Minister office said in a tweet.

”Dutch’ was a decorated dog of #EasternCommand who was instrumental in identifying IEDs in various CI/CT Ops,” he added.
On Saturday, Easter Army Command has also condoled the death of ‘Dutch’, a 9-year-old dog in Kolkata.

All the officials paid last respects to the dog, who died on September 11, by garlanding him.
Eastern Command Indian Army tweeted, “Army Eastern Command condoles the death of ‘Dutch’, a 9 yr old ED dog who died on 11 Sept. He was a decorated dog of Eastern Command who was instrumental in identifying IEDs in various CI/CT Operations. A real hero in service to the nation.”

The canine soldier remains one of many such brave soldiers who work at different spheres of our security forces including the police and undertake missions those human soldiers dare not.