North Korea fires projectiles amid readiness for talks with US: South Korean Military 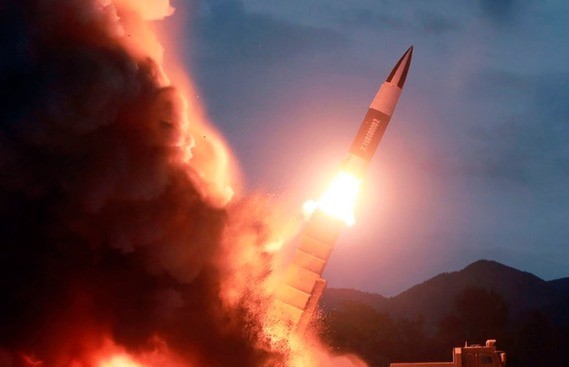 Moscow, Sep 10 (Sputnik) North Korea fired two unidentified projectiles in the direction of the Sea of Japan early on Tuesday, South Korea’s military said just a day after Pyongyang expressed readiness to resume negotiations with the United States. “Our military is monitoring the situation in case of additional launches and maintaining a readiness posture,” South Korea’s Joint Chiefs of Staff (JCS) said in a Tuesday release, quoted by the South Korean Yonhap news agency.

According to the statement, an “unidentified projectile” was launched twice, in the eastward direction, from an inland area in North Korea’s South Pyongan Province on Tuesday morning. South Korea’s JCS said, as quoted by The Japan Times on Tuesday, that the projectiles were “short-range” and flew about 330 kilometers (205 miles).

Later in the day, local media reported, citing the Japanese government, that the North Korean launches did not pose a security threat to the country. The Vladivostok center of the Russian Tsunami Warning Service told Sputnik that it had recorded no seismic events in the Sea of Japan following the launches of projectiles.

The launches come just a day after North Korea’s government announced that it was ready to resume talks with the United States in the second half of September. North Korean leader Kim Jong Un has been calling for more flexibility on the part of Washington, particularly with regard to sanctions, amid stalled talks between Pyongyang and the United States.

On Sunday, Moon Chung-in, a special adviser to South Korean President Moon Jae-in, told Sputnik that Russia, China and Japan should join the dialogue between the United States and North Korea on normalization, stressing, however, that at this stage, progress in talks depends only on Washington and Pyongyang.