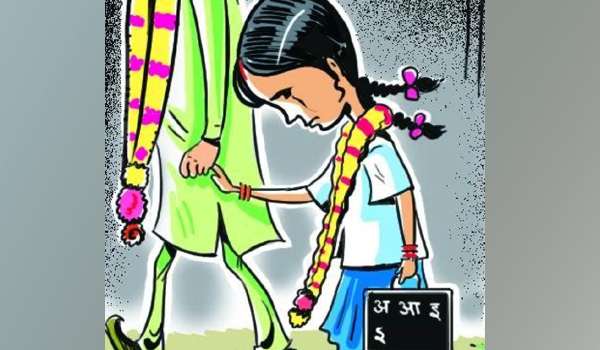 Odisha government today launched a state Strategic Action Plan (SAP )to put an end to the child marriage in the state.

Odisha witnessed a decline of nearly 16 and 11 percentage points (between NFHS 2005-06 and 2015-16), for girls and boys marrying before the legal ages of 18 and 21 years, respectively. Official sources here said still one in five women aged between 20-24 years were married by the age of 18 in Odisha.

Child marriage has a significant negative impact on an individual’s physical, mental, emotional and social development, and on education and economic opportunities.
Both girls and boys are affected by child marriage,but girls are affected in much larger numbers and with greater intensity.

The State Strategic Action Plan (2019-2024) is a comprehensive and time-bound approach to accelerate actions to deal with the complexities of ending child marriage.
The SAP is expected to eliminate child marriage through “multi layered and multi sectoral intervention” .

Inaugurating the conference Women & Child Development Minister Tukuni Sahu expressed her concern over a relatively high prevalence of Child Marriage in some districts of the state.

She said the, civil society, international bodies and communities should take proactive action to stop this social evil. WCD Secretary Anu Garg, said prevalence of child marriage has been reduced substantially but the pace of reduction has to be accelerated to ensure that Odisha is child marriage free by 2030.

She stressed on the convergence amongst various departments like police, school and mass education, judiciary, higher education and skill development to prevent child marriage. (UNI)