One nation, one food ! or a world without an animal! We in fact head towards the second fast 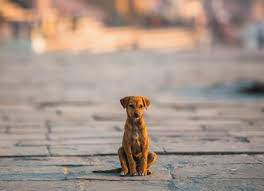 It has come out as one of the most confusing cross-roads over the tug of war between the meat eaters and the veggies. And the issue has over the recent time has graduated to become a pan-India topic pouring in grains into the worse confusing politics of the day.

It is a state where the poor animals whose meats become the staple recipe on dinner tables are indeed a confused lot, surely, if they had, by any chance, some wisdom to realise what goes on around them.

There are two main categories of animals caught in this moral conflagration. The bird meat and the red meat and, there is hardly any need to name the animals.

Ones of them stays in stables or farms must be in a state of utter confusion the politics of the day has got embroiled in over the virtue or evil over animal killings.

A section of people in recent times came out with a logic supporting killing of certain animals in order to halt the pace of proliferation which may create a problem if they are not consumed by man.

And another section proffer that there are animals which should not be killed by a certain community because they are holy and enjoy an intimate association with a community’s faith, thus revered.

And interestingly, the above section also upholds a tradition, notionally linked to a religion that, certain god or goddess cannot be propitiated without animal blood for which animal sacrifice had become a ritualistic compulsion propelled by tradition for, they say, time immemorial. Which, of course make it a laughing stock for many rationalists world over .

They never care to think for a while how some animals are loaded in freight carriers like bags of cement, in a space far short in size to accommodate the numbers . Heads twisted, eyes bulging out in pain and the claustrophobic enclosure there are in, does escapes the attentions of many who vouch for no animal cruelty .

If one has ever stopped for a while at the road side slaughter shops and witness the sights can realise where human hypocrisy is demonstrably glaring and his so called pious posturing is pathetically myopic.

When one animal takes the last breath under a sharp weapon , the pitiful bleating from other animals are hardly anything that can go unnoticed. The animals do literally bemoan the situation

‘One cannot  have the cake, and eat it too’ and a similar logic comes into play here. Let all become veggies and let all the animals in the world or in India roam free and live on the sustainability that the nature has offered. The logic that, their   population explosion may have adverse impact, is an absurd argument. The cycle of life and death can balance that.

When we sit on judgement over animals, we conveniently forget the serious ramification of the proliferating human population weighing on us. Which is one of the biggest threat to our health, resources and survival.

There are two options, either let there be an all veggies   and leave the animals to fend for themselves which they can very well do if human greed stop foraging their resources of food and habitat.

It may not be long when there may be an earth without any other life except human if the pace of  invasions into their life cycle does not halt.

The problem is, it cannot be done because human has become addicted of putting his fingers in each pie. Kill, prey, eat ,trade and do politics on them.

If the government has aimed at capsuling many things in many ‘ ones’ , then it can as well think of ‘one nation, one food ‘ kind of slogan !