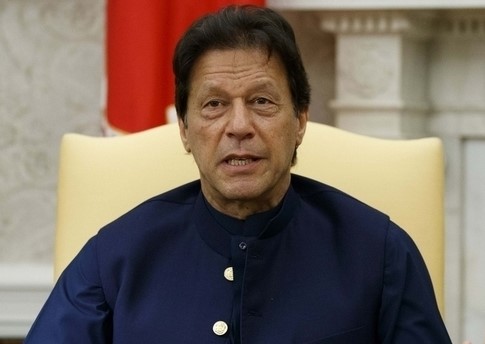 
The mounting protests in Islamabad against the prime ministership of Imran Khan, led by Maulana Hafizur Rahman — head of the influential Jamiat-ul-Ulema-e-Islami Pakistan — reflect the complex domestic politics currently facing the regime in Pakistan. A largely attended march from Karachi to Islamabad set the ground for the massive agitation in the national capital. What has triggered the protest is the uncertainty that has crept into the Army-Imran Khan grid, the state of triangular links of Pakistan with US and China and the deterioration of India-Pak relations caused by recent developments.

It seems some awkwardness has been created by Imran Khan for the army in the areas of both foreign policy and domestic economy. The ‘deep state’ there had traditionally enjoyed, in the eyes of the people, a strong image in dealing with India on Kashmir and other matters and this had evidently been dented by the tough responses of the Modi regime to Pakistan. Pak army might find it convenient to blame it all on the civilian leadership. It could use the protests against Imran Khan to further strengthen its hold on the country.

It is significant that Maulana Fazlur Rahman is blasting the Prime Minister for failing Pakistan and even questioning the legitimacy of last year’s general election in Pakistan but without levelling any direct criticism against the army. A peep into the cleric’s background gives an idea of what all these protests are unfolding. Maulana Fazlur Rahman assisted by Maulana Masood Azhar had established the dreaded terror outfit Harkat-ul-Ansar in 1993 specifically to execute the plan of Pak ISI to replicate the success of Afghan Jehad in Kashmir. HUA was formed by merging Harkat-ul-Mujahideen (HuM) and Harkat-ul-Jehadi Islami (HUJI), both Wahabi entities, and it is not surprising that Al Faran, a satellite of HUA, targeted Western tourists in the Valley at that time. Fazlur Rahman headed the Jamiat-ul-Ulema-e-Islami (JUUI), the parent political organisation which is strong in Khyber Pakhtunkhwa(KP) where Imran Khan’s Tahrik-e-Insaf Party had defeated it in the last election.

JUUI is an ideological affiliate of Darul Uloom Deoband of India and controls Deobandi Madrasas in Pakistan whose product, the Taliban, were despatched to Kabul by Benazir Bhutto in 1993 to control the internal strife that had overtaken Afghanistan following the withdrawal of Soviet troops from that country. The Afghan Emirate established in 1996 under the Al Qaeda-Taliban leadership, put Bhutto and Fazlur Rahman on the same side of the fence. In the current public agitation against Imran Khan, both PPP and PML(N) are supporting Fazlur Rahman from behind which is not a surprise. The Pakistan army can do with some pressure of public opinion getting focused on the Prime Minister at a time when things are not working out well for Pakistan internationally and internally as well.

Pakistan’s relations with US, the mainstay of its geo-political standing, definitely took a beating during Imran Khan’s time. President Donald Trump’s admonition to Pakistan for providing safe haven to terrorists on its soil was in the context of both Afghanistan and India which amounted to the US for the first time de-hyphenating its dealings with India from its earlier equation with Pakistan. Imran Khan, instead of pleading that action will be taken against terrorist leaders named by the UN — these were mainly behind cross border terror in Kashmir — denounced the attitude of the Americans and declared that ‘joining the US war on terror was a big mistake of Pakistan’.

Imran came off as a staunch Islamist himself who upheld the cause of Islamic radicals targeting the West. This weakened the Pak army’s hand in Afghanistan — as an objective looking mediator — on the question of bringing round Taliban to accept a peace pact with US. Imran Khan’s handling of Indo-Pak issues looked clumsy when, after Balakot and more recently in the wake of abrogation of Art 370 by India, all that he could do was to talk of a possible nuclear showdown between the two countries.

What made the situation of Pakistan even worse in the assessment of US was Imran Khan’s unconcealed fascination for China and the projection by him of Sino-Pak alliance as a counterfoil to the slipping US support for Pakistan. The Pakistan army might have expected the Prime Minister to be more nuanced in handling international relations in a manner that gave Pakistan relevance to both US-India and US-China equations. Imran Khan also has not much to show on the economic front. Financial aid from Saudi Arabia — OIC Chairman — and loan from IMF cannot suffice.

From India’s point of view, Pakistan may be set for creating some new areas of concern. First, Maulana Fazlur Rahman’s agitation, facing no restraint so far, has the effect of enhancing the presence of Islamic radicals in Pakistan confirming the reading that the Pak army-ISI combine is now unabashedly using Al Qaeda-ISIS fronts against India besides the India-specific outfits like LeT, JeM, Hizbul Mujahideen, Harkatul Mujahideen and HUJI. Because of the new turn of US-Pak relations, Pakistan does not see the need for pretending to go with the American combat against Islamic radicals any more.

Secondly, Kashmir’s total integration with India through an act of Parliament, doing away with Articles 370 and 35A has made Pak agencies — according to our Intelligence — plan ways and means of stepping up infiltration of Islamic militants through Bangladesh, Nepal and Sri Lanka where the ISI had an operational turf. Intensification of ‘proxy war’ is clearly on the cards. And lastly, Pakistan is likely to work on the Afghan front to enhance its sway on that country keeping the Taliban on its side. Even the reported effort of China to negotiate with Taliban in Afghanistan in the vacuum created by the US stance on the peace talks there, would have Pakistan’s support. Sino-Pak axis actively engaged in Afghanistan will work against the geo-political interest of India in this country rightly described once as ‘the geographical pivot of history’.

(The writer is a former Director Intelligence Bureau)