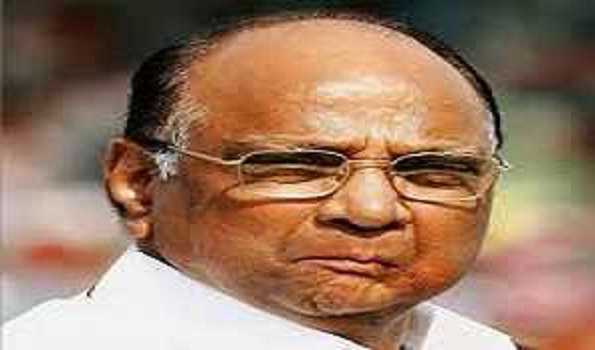 New Delhi, Nov 18 (UNI) Hours before the crucial meeting with the Congress president Sonia Gandhi, NCP chief Sharad Pawar on Monday made an ‘ambiguous’ statement over the government formation in Maharashtra, in alliance with Shiv Sena.

Pawar, who is in the national capital, said that he will meet Ms Gandhi and it will be a ‘courtesy call’.

“Talk? What talk”?  Pawar responded to mediapersons when asked about the progress on the discussion with the Sena and added that “BJP-Shiv Sena fought together, we (NCP) and Congress fought together. They have to choose their path and we will do ours”.

According to NCP and Congress sources, there will be a detailed discussion between  Pawar and  Gandhi over the alliance with the Sena, particularly how to deal with the Sena’s ‘hardcore Hindutwa ideology’.

Pawar had already said that there will not be any mid-term polls in the state and reiterated that the state will have a ‘stable government’ sooner or later.

Earlier, NCP-Congress-Sena leaders had met and discussed about the common minimum programme, which was insisted by the Congress leadership.

Sena leader Sanjay Raut has also said that the three parties discussed and finalised the common minimum programme and Pawar will talk to  Gandhi on it.

However, today’s statement by Pawar generated further speculations over the government formation in Maharashtra, which is currently under President’s rule since last Tuesday.