‘People Are Dying in GMC Jammu, LG Please Help Us’, posters appear on walls in Jammu 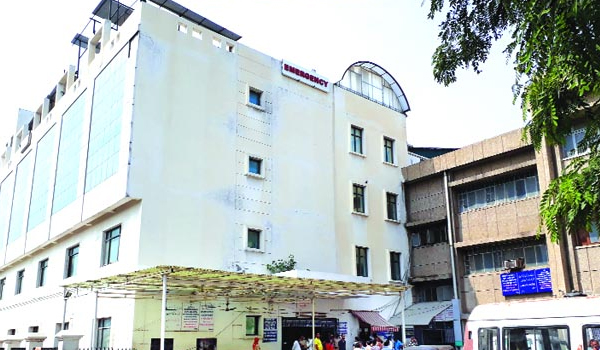 Jammu, Nov 14 (UNI) Hundreds of posters with a slogan ”People Are Dying in GMC Jammu, LG Please Help Us” have appeared on the walls here appealing the newly appointed Lieutenant Governor Girish Chandra Murmu to help the people dying in the hospital.

Sandeep Rathore, a Jammu based social activist have pasted posters from Amphalla Chowk to Dogra Chowk on the walls of Jammu City.

Rathore said that on routine basis, people were dying at Government Medical College(GMC) and Hospital especially those who were admitted to the emergency department.

”Emergency means urgent treatment but at GMC, one has to wait for two to three hours for his turn and get examined by the specialist doctor,” Mr Rathore alleged.
He further said that the attendants were made to run outside the hospital to get ”life saving drugs”, which were supposed to be available inside the hospital, adding, ”one has to wait for 4 to 6 months for X-rays, MRIs, CT scans despite emergency and in such a situation, those who can afford, get the tests done from private laboratories but poor remained the worst affected.”

”I want to make an appeal to the LG G C Murmu to pay surprise visit to the GMC hospital and examine situation on the ground and get first hand information about the shortcoming and drawbacks in the hospital so that innocent lives can be saved,” the social activist stated.

”Because of the negligence of the doctors, poor facilities, people are dying in the hospital and sometimes the patients due to untimely treatment, die in emergency department,” he alleged and further stated that private hospitals and government doctors nexus was also operational at GMC as patients diagnosed of chronic diseases, were immediately referred to the private hospital within or outside the UT in lieu of handsome commission.

”Respected LG Sir, like GMC, kindly upgrade other hospitals in every district with better facilities and upgraded equipments so that lives can be saved,” he said and added that GMC was already under heavy rush and steps could be taken to provide better medical treatment to patients in future.