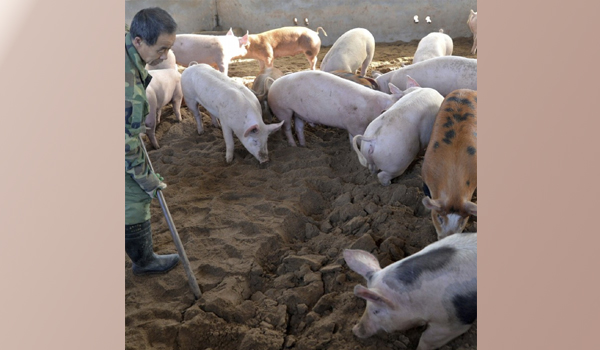 Philippines has so far culled 20,000 pigs amid heightened fears over African Swine Fever (ASF) spreading in the country and affecting its 260-billion-peso (roughly 5 billion U.S. dollars) swine industry, the government said on Tuesday.

“The majority of the (infected) pigs were from (backyard for raisers of) Bulacan (province) and the areas were already quarantined, including nearby areas of Pampanga province,” Philippine Agriculture Secretary William Dar said, referring to the two provinces just outside of Metro Manila.

Dar said only a third of the 20,000 pigs that were killed or about 6,600 heads were infected with ASF, while the remaining two-thirds were culled as part of the government’s control measures.

In a Facebook post on Sunday, Pangasinan province governor Amado Espino said that 15 of the 60 pigs seized from a Bulacan hog trader that tried to bring in hogs into his province tested positive for ASF.

The Philippine Department of Agriculture (DA) said around 1,000 pigs have been culled in Pangasinan as a result. However, the DA stressed that there is no confirmed ASF case in the province.
In Quezon City in Metro Manila, local officials culled nearly 400 pigs on Monday after several hogs showed symptoms of sickness. Last week, dozens of pigs were also culled in the city after some pigs got sick.

On September 9, the DA confirmed the first ASF outbreak in the Philippines.
Nearly 8,000 pigs, mostly from backyard raisers, were initially culled when the outbreak was discovered in July in Rodriguez town and Antipolo City in Rizal province and Guiguinto town in Bulacan province.

Bohol and Cebu provinces in the central Philippines have imposed a total ban on hogs, pork, and processed pork products from the Philippine main Luzon island.
The DA has repeatedly assured the public that the situation is under proper management, as it continuously works with concerned local government units, private swine industry leaders, the police and military to effectively manage, control, and contain the threat of ASF.

Dar reminded that efforts to protect borders against the dreaded disease should not limit the movement of goods and food supplies, suggesting that any ban should be carefully studied.

ASF is harmless to humans but highly contagious and fatal for pigs as there is no known cure. The disease has up to 100 per cent fatality rate.
Hogs remain one of the main sources of meat in the Philippines, and about 64 percent of the swine population is raised in backyard farms.

As of January 1, 2019, the Philippine Statistics Authority said the total swine population in the country stood at 12.71 million heads, 0.83 per cent higher compared with its previous year’s inventory of 12.60 million heads.

The Philippines is implementing its 1-7-10 protocol to prevent the spread of ASF, meaning that all pigs within a one kilometre radius of infected farms will be culled while the movement of pigs and its products will be limited and under strict surveillance and testing within a seven kilometre radius.
The protocol also imposes that swine farms within a 10-km radius will be required to submit a mandatory report on the disease. (UNI)