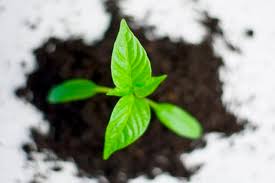 For over last three years the occasion of Gandhi Jayanti has been used as the cut off mark for the governments to declare it as an end to use of plastics.

Just days before every October 2, an alarm bell rings and for a day or two a serious concern comes to sight in the shape of some paper-made containers at various outlets. Then days pass when plastic containers reappear and the same vendors abandon that freakish albeit years old use of paper bags and very sheepishly push a polythene container with the orders.

And in most of such occasions the diktat from the government, whether the central or state, comes with a huff which naturally trigger some amount of fear among users.

But, do the governments ever realise as what would be the alternate means. Suddenly one finds the news channels catch hold of experts who preach sermons over the hazards and pitch for alternative means. Which is good but the sudden shift gets impracticable to get along with.

For example no plastic or polythene in use can be over 50 micron . But has the government ensured two things is a simple question, that agitates anyone . Ban on manufacturing of hazardous plastic in use and advance manufacturing of the alternatives to be in use.

It may be recalled that, after last Gandhi Jayanti, ban on polythene some new manufacturers came forward with a good stock of alternate containers of stipulated microns, which were bio-degradable, but they had the complaints that, their stock was not being picked up by the outlets. Which became a huge block capital problem.

During Gandhiji’s time, of course there was no menace of polythene or similar such materials. Somehow, it is a good takeaway by the governments to choose the day for plastic ban but there must be a sensitivity by government for consumer sentiments. Which is, a time period and the alternate means.

To tag Gandhian ideologies to protect environment is fair enough to halt further deterioration of conditions. But one cannot close eyes to a slew of movements based on Gandhian ideologies, such as ‘Narmada bachao’, Chipko movements, movement on threat to the Silent valley in Kerala, those have been consigned to the past almost which has a proliferating adverse impact on environment .

Leaders who now package their politics on Gandhi ideologies should not limit the threats to our ecology only plastics or polythene, which is indisputably is one of the serious hazards, but the other equally major factors also required to be addressed..