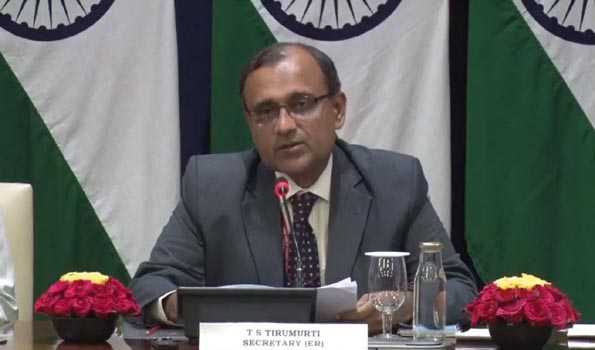 The next day, he will meet French Prime Minister Edouard Charles Philippe, address an event of Indian community at the UNESCO headquarters in Paris. Prime Minister will also inaugurate a memorial for Indian victims of two air crashes of Air India flights in 1950 and 1966.  President Macron will also host a working dinner for the visiting leader on Thursday evening.

From France, PM Modi will proceed for bilateral visits to the UAE and Bahrain. He would return to the French city of Biarritz on August 25 to attend the G7 Summit. India has been invited this year at the G7 as a partner country. Prime Minister Modi, who will be paying two-day visit to the United Arab Emirates (UAE) on August 23 and 24, will be conferred with the country’s highest civil decoration Order of Zayed.

Secretary, Economic Relations, in Ministry of External Affairs said the prestigious award was announced earlier in April 2019 in recognition of “leadership of Prime Minister Modi for giving a big boost to bilateral relations between the two countries”. During the visit, Mr Modi would be meeting the Crown Prince of Abu Dhabi, Sheikh Mohammed bin Zayed Al Nahyan to discuss bilateral, regional and international matters of mutual interest.

Mr Modi would also be paying a state visit to the Kingdom of Bahrain from 24-25 August 2019. This will be the first-ever Prime Ministerial visit from India to Bahrain. “India enjoys close and friendly relations with Bahrain rooted in ancient trade and cultural links and people to people contacts and underpinned by regular exchange of high level visits. India-Bahrain bilateral trade has been on the rise for the last few years, reaching about US$ 1.3 billion in 2018-19. Further about 3,50,000 Indian nationals, the largest expatriate community in Bahrain has been contributing to the development of Bahrain,” an MEA statement said here on Sunday.