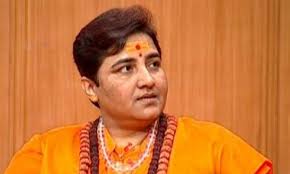 New Delhi, Nov 21 (UNI) The Congress on Thursday hit out at the Narendra Modi government over the nomination of BJP MP Pragya Singh Takur to a crucial Parliamentary panel on Defence and said it is an ‘insult to the Defence force and to every Indian’.

“Pragya Thakur, a terror accused and Godse fanatic has been nominated by the BJP government to be a member of the Parliamentary Panel on Defence. This move is an insult to our nation’s defence forces, to our nation’s esteemed parliamentarians and to every Indian”, the grand old party tweeted.

The government has nominated Ms Thakur to the 21-member Parliamentary Consultative Committee of the Ministry of Defence, headed by Defence Minister Rajnath Singh.

Criticising the government’s decision, AICC communication in-charge Randeep Singh Surjewala said that it is unfortunate for the country that an MP accused of terror has been nominated as member of a defence-related committee.

Referring to Prime Minister Modi’s previous statement over  Thakur’s ‘Godse statement’, Surjewala tweeted, “Modi ‘would not be able to forgive her from the heart’ but she has been given the responsibility of important issues such as the country’s defence.”

“That is why says, if there is Modi, anything is possible,” he tweeted in Hindi.

Thakur, a Lok Sabha member from Bhopal, is an accused in the Malegaon blast case and now on bail by the Bombay High Court on health grounds.