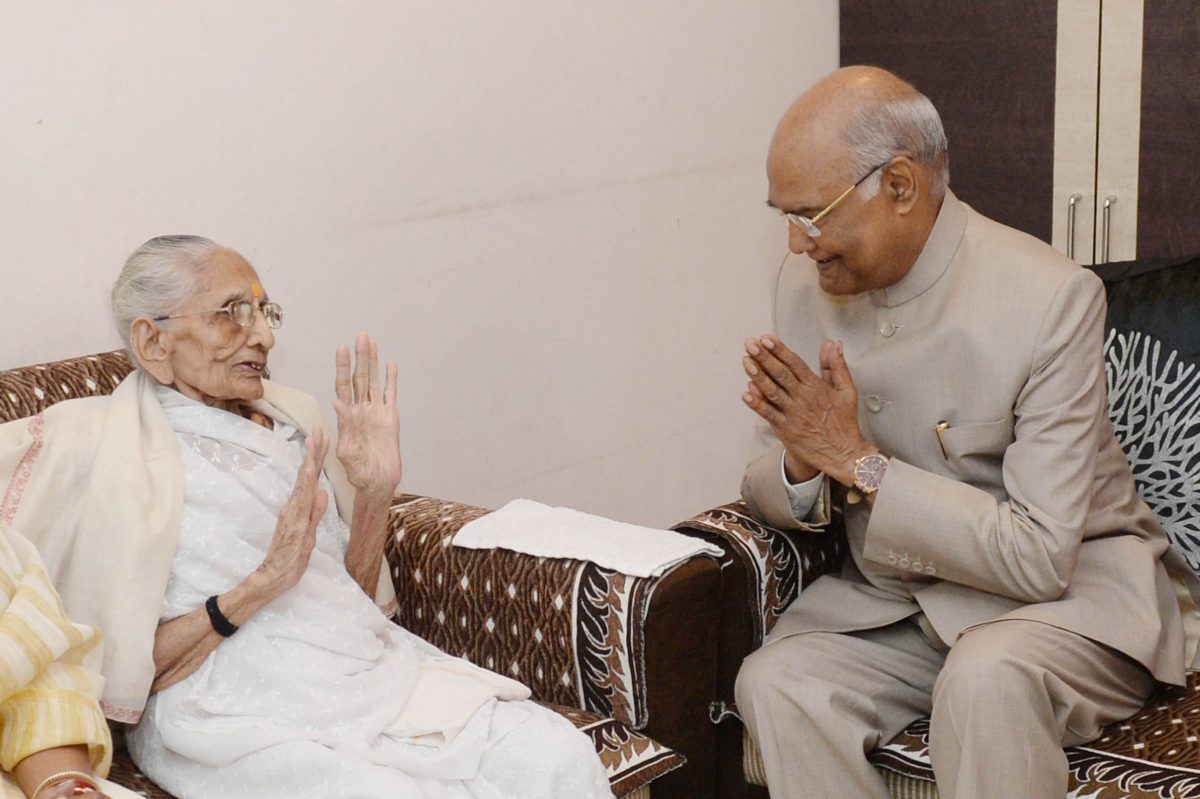 Gandhinagar:President Ram Nath Kovind on Sunday met the nonagenarian mother of PM Narendra Modi Hiraba here at her residence and spent around half-an-hour with her. The president accompanied by his wife Savita Kovind greeted Hiraba and conveyed best wishes for her good health. Hiraba, who lives at Raisan here with her youngest son Pankaj Modi gifted him a wooden replica of spinning wheel (Charkha or Retio in Gujarati). Gujarat governor Acharya Devvrat was also present on the occasion.

President Kovind had embarked on a five day visit of three states Maharashtra, Karnataka and Gujarat from October 9 to 13. He arrived in Gujarat yesterday from Karnataka and had his night halt at Rajbhawan in capital Gandhinagar for night halt. The president, after meeting Hiraba, visited the Mahavir Jain Aradhna Kendra in Koba near Raisan in Gandhinagar and took blessings of Jain saint Acharya Padmasagarsuriji there. He also visited the Jain temple, library and museum there. CM Vijay Rupani was also present there.

Later he left for New Delhi from Ahmedabad airport in his special aircraft. The Governor, the CM and Chief Secretary and DGP bid farewell to him on the occasion. The president had earlier during Maharashtra visit presented colour to the Army Aviation Corps in Nashik and visited the School of Artillery there. In Karnataka he had attended the birth centenary celebrations of Maharaja Sri Jayachamaraja Wadiyar of Mysore, laid foundation stone for the campus of JSS Academy of Higher Education and Research at Varuna Village, Mysuru and visited Swami Vivekananda Yoga Anusandhana Sansthana in Bengaluru. (UNI)