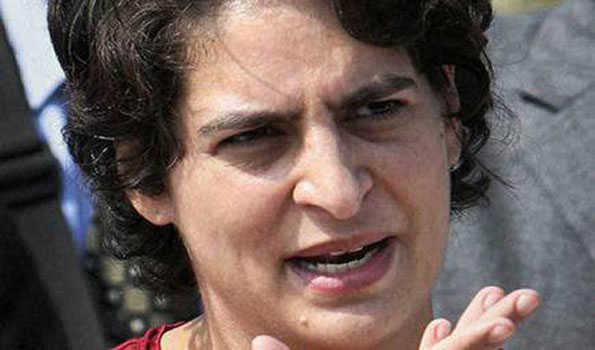 Lucknow, Nov 8(UNI) On the third anniversary of the demonetisation on Friday, while the Congress flayed the Narendra Modi government for its ‘Tuglaki’ order, the Samajwadi Party is celebrating the birthday of ‘Khajanchi’, the boy born when his mother was standing in the queue to get money exchanged.

Three years ago, on the evening of November 8, 2016, Prime Minister Narendra Modi in an overhaul, had declared that 86 per cent of the currency in circulation invalid.

In her twitter post on Friday, Vadra asked if the government was ready to take responsibility for its failure. ‘Three years since demonetisation and every claim made by the government and those hailing it as a slayer of all evils has been turned on its head. It proved to be a disaster that has all but destroyed our economy. Anyone want to claim responsibility?” she wrote.

Meanwhile, Samajwadi Party has planned a grand celebrations for Khajanchi, who has been dubbed as the demonetisation kid, in its headquarters in Lucknow.

Khajanchi was born in the days following the demonetisation announcement after his mother went into labour while waiting to withdraw money from the bank. The boy was then named Khajanchi, which means banker in Hindi language.

The Samajwadi Party chief and the former Uttar Pradesh chief minister Akhilesh Yadav had extended financial help to the family of Khajanchi, who has since become a mascot for demonetisation critics.

The SP chief has spoken about Khajanchi’s case multiple times and last year, had also gifted the family a house. Khajanchi’s mother is specially-abled and his father had passed away a few months before he was born.