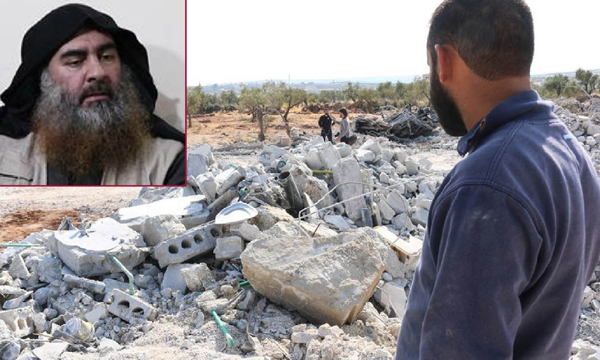 Washington, Nov 5 (Sputnik) US officials are likely to keep information about the raid that killed Islamic State terrorist group (IS, banned in Russia) leader Abu Bakr al-Baghdadi classified to avoid exposing possible inconsistencies as they continue to spread the false claim that the move marks a deathblow against the terror group, former US and Canadian officials and experts told Sputnik.

On Friday, Russian Foreign Minister Sergey Lavrov said despite the fact “everything was solemnly and triumphantly announced,” Moscow wants more information because the Russian military is still studying facts and cannot confirm what the US government has said about the Baghdadi operation.

US President Donald Trump announced that US Special Operations forces hunted down al-Baghdadi in his compound in Idlib, Syria causing him to commit suicide with an explosive vest on Saturday.

Within days of Trump’s announcement the Islamic State confirmed Baghdadi’s death and announced that a new leader had taken his place.
However, Russia’s foreign intelligence service said it does not have any DNA data to confirm the US account.

Former Pentagon analyst Karen Kwiatkowski cautioned that Washington’s refusal to reveal more details in declassified video footage raised significant questions about the accuracy and credibility of the US official account.

“If this video is constructed to present something that didn’t actually happen as reported, or less than honestly presents what actually happened, it will probably remain classified to avoid undue questioning and possible embarrassment,” Kwiatkowski told Sputnik.

Al-Baghdadi, who had been notorious for the mass rapes and beheadings he ordered as head of the Islamic State, had seen his once extensive territories in Iraq and Syria rolled back in counter-attacks by the Syrian Army with Russian tactical air support.
Kwiatkowski said the released two minute footage of the operation “could be anyplace, or any General describing any given action.”

If the US government had wished to capture al-Baghdadi alive for trial or interviews that certainly could have been planned for and carried out at any time in the past several years, Kwiatkowski said.

“The decision to destroy him as a clear strike on the Islamic State was clearly seen as more politically valuable to the US decision-makers than capturing him,” she said.
Retired Canadian diplomat Patrick Armstrong said what has been seen so far does not add much to the narrative.
“A few blurry videos of something happening somewhere don’t add much to the story,” Armstrong told Sputnik.

IMPACT ON IS, OTHER CLAIMS

Shortly after the raid Trump repeatedly claimed that the United States had defeated the Islamic State, although experts and officials disagree.

Armstrong saw the Trump administration’s campaign to build this narrative as part of a cover story to leave the region.
“There are two things that we know to be true. One: the US is claiming to have killed him; two: they said it happened in Idlib. The first allows the claim that, now that ISIS [the Islamic State] has finally been ‘defeated,’ the United States can at last leave Syria,” he said.

“Al-Baghdadi’s death is not a death blow to ISIS [the Islamic State]. Despite the simplistic and oft repeated adage that ‘kill the head and the body will fall’ nothing is further from the truth,” Grosscup told Sputnik.

The structure and traditions of the Islamic State, the professor added, had not been centered on a single charismatic personality and therefore were not dependent upon one.
“ISIS [the Islamic State] is a movement, not a cult of personality. There is no evidence that al-Baghdadi built a cult of personality, nor that he gathered all the reins of power into his own hands,” Grosscup said.
Centralised leaders, who kept total control of far flung movements usually doomed them to disintegrate on the founder’s death, but this was unlikely to be the case with the Islamic State, Grosscup pointed out.
“Thus, having delegated responsibility, he obviously has capable lieutenants to carry on the ISIS movement’s terrorist operations,” he said.
Grosscup recalled that, far from eliminating international Islamist movements, President George W. Bush’s “Global War on Terror” (GWOT) after the 9/11 terrorist attacks in 2002 had led to far larger and wider terror movements than had ever been seen before.
“There is no security fix to terrorism of ‘the other’ especially as the US-sponsored War on Terror is a War of Terror that recruits more anti-US/West soldiers than it can ever kill or eliminate even if that was the purpose,” Grosscup emphasised.
Special Operations “successes” such as the killing of Osama bin Laden in 2011 and the al-Baghdadi operation were good public relations events that helped convince the general public that their tax dollars were well spent and that the national security apparatus was working well, Grosscup said.
“The operational importance is they help justify the spread and placement of US military presence and advisers with a small footprint throughout the globe that otherwise would be controversial or at lease raise questions,” Grosscup concluded.