Save journos:UN Secy Gen forewarns over surge in attacks, threats against journalists 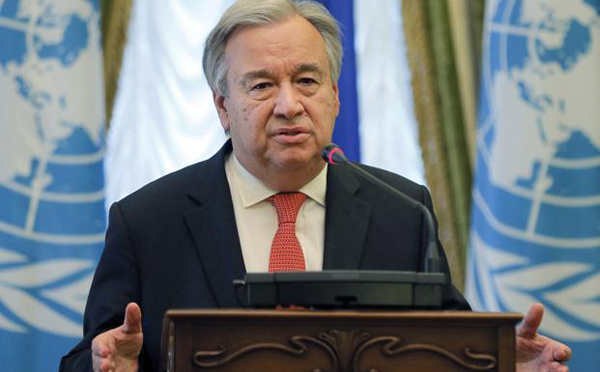 United Nations, Nov 3 (UNI) UN Secretary-General Antonio Guterres has warned against the rise of attacks and threats targeting media workers, on the occasion of the International Day to End Impunity for Crimes against Journalists. In his message for the day that falls on Nov 2, Guterres said “there has been a rise in the scale and number of attacks against the physical safety of journalists and media workers, and of incidents infringing upon their ability to do their vital work.”

“When journalists are targeted, societies as a whole pay a price. Without the ability to protect journalists, our ability to remain informed and contribute to decision-making is severely hampered,” he warned. “These attacks and incidents included threats of prosecution, arrest, imprisonment, denial of journalistic access and failures to investigate and prosecute crimes against them,” he added.

The secretary-general also noted the proportion of women among fatalities has also risen, and that women journalists increasingly face gendered forms of violence, such as sexual harassment, sexual assault and threats. “Without journalists able to do their jobs in safety, we face the prospect of a world of confusion and disinformation,” said the UN chief.

The United Nations General Assembly proclaimed Nov 2 as the International Day to End Impunity for Crimes against Journalists in a resolution adopted in December 2013. The date was chosen in commemoration of the assassination of two French journalists in Mali in November that year.