SC closes defamation case against Rahul Gandhi, but asks him to be careful 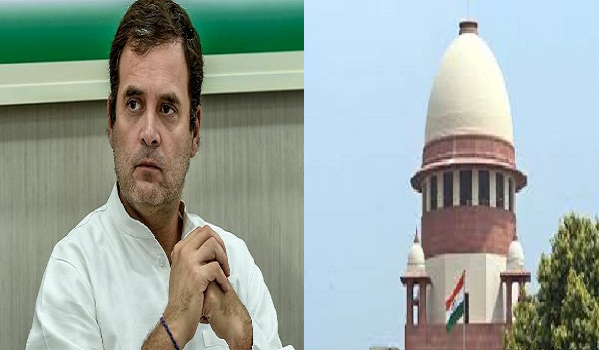 A three-member bench, headed by Chief Justice of India Ranjan Gogoi, said the court accepted the Congress leader’s unconditional apology in the matter and warned him to be more careful about his future remarks.

Gandhi had made the remark on April 10, the day the top court had nixed the Centre’s preliminary objections over admissibility of certain documents for supporting the review pleas against the December 14 last year verdict in the Rafale case.

The plea against Congress leader was filed by Meenakshi Lekhi.

Gandhi, who was then the President of the Congress Party, had told the bench that he has already tendered unconditional apology for wrongly attributing the remarks relating to the Prime Minister to the top court.

The bench had reserved the judgement on May 10.