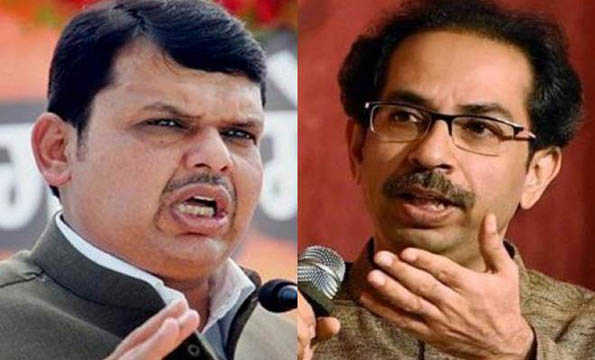 New Delhi, Nov 7 (UNI) Move over Devendra Fadnavis-Uddhav Thackeray battle, a closer look back at the politics of Maharashtra shows that for certain, the tussle between Shiv Sena and BJP dates back to Balasaheb Thackeray days, and incidentally that one-upmanship coincided with the rise of Narendra Modi.

Shiv Sena was the dominant saffron partner in Maharashtra’s politics – which had often shown ideological tilt towards the Left and was almost overshadowed for long by the Congress.

Even the ‘Congress-splinter’ NCP led by Maratha strongman Sharad Pawar seemed to have better acceptability. But all changed around 2002-03 when Marathi Manoos developed a liking for a ‘hero’ from a state next door – the neighbouring Gujarat.

Analysing the same on hindsight, it may not be wrong to say that the illustrious Sena supremo Bal Thackeray himself had realised that well. Till the arrival of Modi – largely due to 2002 mayhem – Bal Thackeray was enjoying the uncrowned title of ‘Hindu Hriday Samrat’.

But after Modi’s success in 2002 elections and as Gujarat was drenched saffron, Modi had easily stolen that priceless epitaph.

It got a quantum leap as Modi could repeat his win in 2007.

Sena watchers in Maharashtra rightly say senior Thackeray had all the political acumen to understand all that and certainly did not approve Modi as BJP’s prime ministerial candidate in later years.

It was around 2013 that the Sena also floated the name the then Leader of the Opposition Sushma Swaraj as the prime ministerial candidate for the NDA.

Moreover, after BJP’s success in the Lok Sabha polls, the saffron party attributed the entire NDA success story – which included 18 Sena seats – to the Modi wave.

Even otherwise, number of BJP leaders in Delhi and in Maharashtra have generally considered Uddhav Thackeray ‘lusterless’ and Sena cadres demoralised.