Sonia terms demonetisation ‘Tughlaki blunder’, asks what did it achieve? 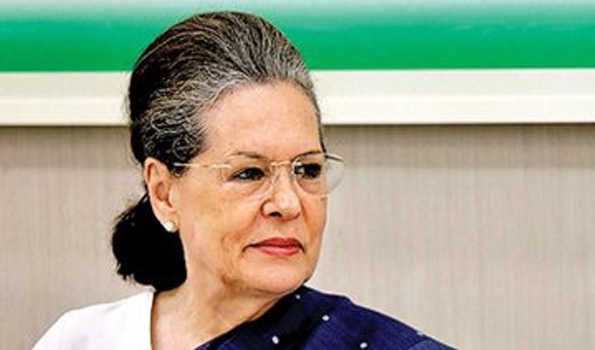 “Today is the third anniversary of ‘Tughlaki blunder of Demonetisation’, inflicted by a tyrannical Government hell bent upon attacking livelihoods and lives of its own people”, Ms Gandhi said in a statement.

Referring to the Prime Minister’s promises on the demonetisation, that it will wipe out black money, eliminate fake currency and purge terrorism and naxalism, the Congress president stated that “three years later, the Prime Minister has failed spectacularly on all these counts”.

“Simple question being asked by every Indian is – What did the demonetisation achieve?” Ms Gandhi said.

“What it did instead, was to wipe out over one crore jobs from the economy (and still counting), take the unemployment rate to a 45 year high, shaved two full percentage points off GDP growth and ensured that India’s international rating moved from ‘stable’ to ‘negative’”, the Congress president charged.

Taking on the government she said that the demonetisation is now widely acknowledged as a herculean blunder by independent economists and taught, across the world, as a cautionary tale of ‘what Governments should not do’.

“Yet, despite all the empty rhetoric about holding himself accountable, the Prime Minister and his colleagues never once took responsibility for – or even acknowledged – this faux pas that claimed over a hundred and twenty lives, proved a death knell for India’s medium and small businesses, snatched the livelihoods of India’s farmers and reduced millions of families to the very margins of poverty”, she added.

Criticising the government,  Gandhi said three years on, demonetisation is perhaps the single most appropriate metaphor for the BJP’s ill-conceived ‘governance model’.

“It was a preposterous measure fuelled by false propaganda, which did untold damage to innocent and trusting countrymen. This, in a nutshell, is a summary of the Modi Government’s approach to Governance”, she alleged.

Warning the government, the Congress president said that “no matter how much the Modi Government may try and evade responsibility for this ludicrous and short-sighted measure, the nation and its people will ensure that they are held accountable”.

“The Prime Minister and his colleagues have stopped speaking about demonetisation since 2017, hoping that the nation will forget. Unfortunately for them, the Congress will ensure that neither the nation nor history, forgives or forgets. Because unlike the BJP, we serve in the ‘national Interest’”,  Gandhi said.

Earlier, former president Rahul Gandhi termed the demonetisation as ‘terror attack’, while party general secretary Priyanka Gandhi Vadra said the the exercise “proved to be a disaster that has all but destroyed our economy”.