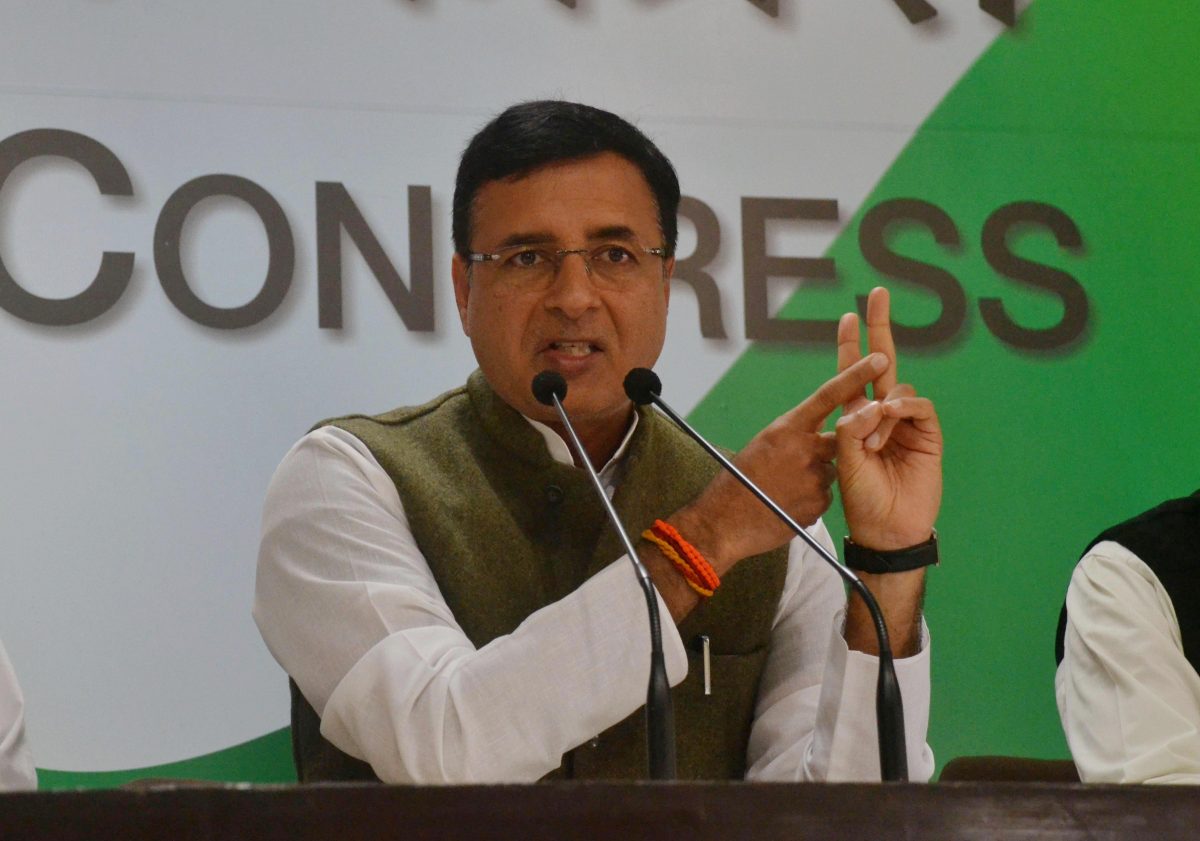 New Delhi, Jan 6; The Congress has alleged that the violence in the Jawaharlal Nehru University was sponsored by the government and that the Prime Minister and Home Minister were responsible for the situation.

Launching a scathing attack on the government, Congress leader Randeep Surjewala said: “What is happening in the university campus is sponsored by the government, which wants to crush the voices, and Prime Minister and Home Minister are responsible for this.”

Speaking to the media, he said nearly 300 masked goons created mayhem on the campus and went from hostel to hostel beating up the students, including JNUSU President Aishe Ghosh.

“The entire country witnessed state-sponsored terrorism and ‘goondaism’ on Sunday on the JNU campus,” he said.

He questioned Prime Minister Narendra Modi and Home Minister Amit Shah “why they are against the students”.

“What is the enmity that you have with students and the youth of India, Modi and Shah, that’s the question Indian National Congress and people of India are asking. Why are you torturing, suffocating, subjugating the youth of India under your autocratic rule?”

Surjewala said the incident took place under the watch of the JNU administration and Delhi Police, that is under the control of Home Minister Amit Shah.

“They went from hostel to hostel and beat up students calling them anti-nationals and urban Naxals… They attacked teachers and hit them on their heads, many suffered injuries,” Surjewala said.

The party spokesperson, Udit Raj said: “Local BJP-RSS workers were involved in the attack as police was a mere spectator and the Vasant kunj SHO was in collusion with the attackers, the police misbehaved with me also. ”

The Congress has criticised the government over the violence. Rahul Gandhi tweeted: “The brutal attack on JNU students & teachers by masked thugs, that has left many seriously injured, is shocking. The fascists in control of our nation, are afraid of the voices of our brave students. Today’s violence in JNU is a reflection of that fear.”

Violence swept the Jawaharlal Nehru University campus on Sunday as several masked individuals, both male and female, thrashed students, including girls, and teachers inside the campus with wooden and metal rods.