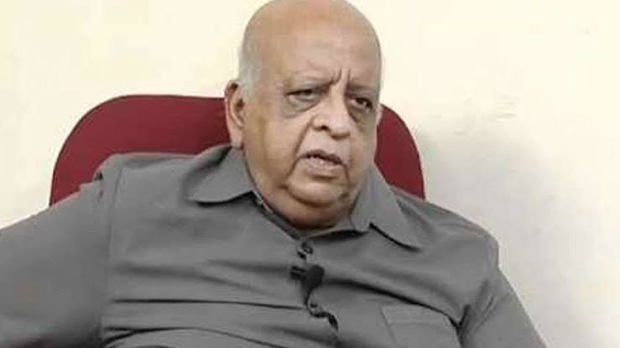 New Delhi, Nov 26 TN Seshan, Chief Election Commissioner from 1990-96, was recognised as one of India’s foremost institution builders for qualitatively improving the election process and the Parliamentary practice as a whole.

Along with Sukumar Sen, the CEC who oversaw independent India’s first election, Seshan has perhaps been the most ‘consequential’ of election commissioners who strengthened the democratic practice in the country.

His demise this month – on Nov 10 – is an occasion to take stock of recent developments which impinge on elections.

Seshan’s contribution towards upholding the Constitutional practice is taking a new twist on Tuesday with the opposition parties considering a boycott of the joint sitting of parliament in Central Hall to commemorate Constitution Day protesting against the Maharashtra developments.

Following the Seshan era, the period between 2002 & 2017 was marked by many positive changes on both transparency and disclosure which improved elections and the other ‘phases’ of the democratic process.

Following a PIL filed by Association for Democratic Reforms, it became mandatory for candidates to disclose their financial records as well as criminal records, if any.

The changes brought about an environment where Parliament amended the Income Tax Act to incentivise political finding through cheques instead of cash.

Separately, one of the outcomes of the Right to Information legislation was that political parties which enjoy tax benefits had to make their tax returns publicly available.

According to some political observers, Amendments to Foreign Contribution (Regulation) act have open the door for indirect foreign funding of political parties. “These changes, and the electoral bonds open the door for crony capitalism as well as foreign interests influencing the election process,” they observed.

“It is at times like this that one misses a Seshan, who would surely have pushed back against such changes undermining the integrity of the electoral process and the parliamentary practice,” they maintained.

Meanwhile the legal battle over the Maharashtra impasse ended today, as the Supreme Court ordered that floor test for proving majority in the state assembly should be conducted on Nov 27, Wednesday.