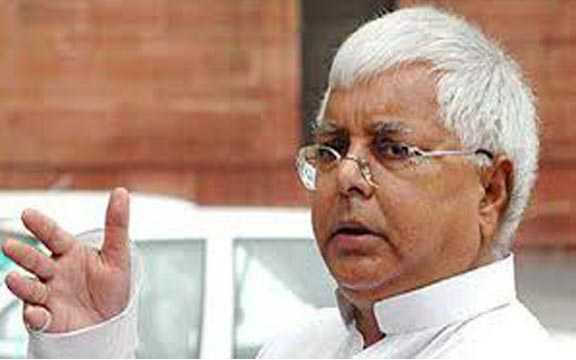 RJD chief Lalu Prasad today took a dig at deputy chief minister Sushil Kumar Modi following the ‘horrific situation’ created after incessant rainfall by saying the latter was ‘standing on road’ with 15-year development brought to the state by him and Chief Minister Nitish Kumar.

RJD chief  Prasad in his official Twitter account said, “After abusing opposition repeatedly for 15 years, Sushil has made so much development in Bihar that now he was standing on road with 15 year development brought to the state by him and chief minister Nitish Kumar”.

Taking to his Twitter handle Prasad also posted a picture showing people standing on road, leaving their houses in water logged areas of the state capital.

Former chief minister and RJD legislature party leader Rabri Devi on the rain water entering private residence of  Modi in Rajendra Nagar locality said in her official Twitter account, “Sewers were regularly cleaned under our government 20 years back. Sushil Modi enacting a drama used to stage dharna even if there was water logging of 2-3 inch following incessant rainfall. Why Modi is not enacting drama by staging dharna when dirty water is logged up to 5-6 feet for the last four days?”

On the other hand, leader of opposition in the state assembly Tejashwi Yadav said, “Rain water had entered into the residence of Sushil Modi one year back too but still no arrangement was made for draining out water. After 15 years of their incapability, people in Nitish government are now blaming opposition, Sawan-Bhado, Pitrapaksha, Hathia Nakshatra, weather and nature.   (UNI)