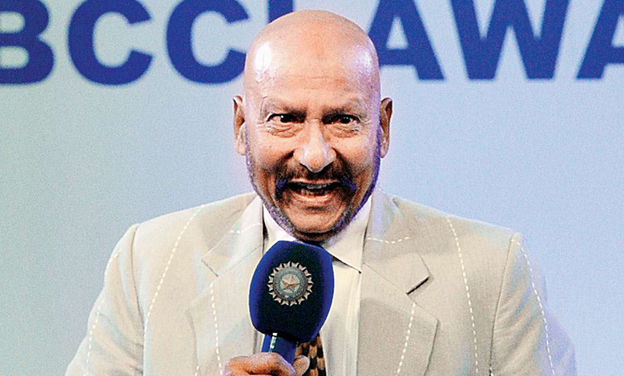 World Cup winning wicket-keeper Syed Kirmani today suggested that MS Dhoni should be left alone to decide his cricketing future saying the stumper is a “role model” who took India atop the cricketing world in all forms of play, T20, ODI and in Tests.

“Before Mahindra Singh Dhoni, India had no idea that a wicket-keeper could be an all rounder contributing to batting,” former wicket-keeper Syed Mujtaba Hussain Kirmani told reporters on the sidelines for a promotional event against hearing impaired.
Sixty-nine-year-old former cricketer, answering to a host of media queries about recent report of

MS Dhoni’s retirement after India’s exit in the World Cup semifinals in England, said no one should thrust their opinion on the stumper as to what his career choices should be and allow him space to decide his cricket career after he gave so much for the country.

“He is a role model and he knows well when he should call it quits,” Kirmani said.
“Everyone should retire from the game and new players will step in, but we should not decide when a cricketer would leave the pitch,”he stated.

Hailing Dhoni as the best Indian captain ever, he said: “The fame he has earned in cricketing world, no captain has done.. The way he has captained the Indian team, he’s the best captain ever. He has taken the Indian team to the highest level in Test cricket, in ODI, in T20s…”
Kirmani also said Dhoni must groom the youngsters in the side before retiring from international cricket. “Dhoni should stay as he was a big role model for the young Indian cricketers. He must stay. He already has stepped aside from Tests,”he said.
“It’s his decision. We should not interfere. Has anyone else earned such a fame like Dhoni?” he asked.

“As of now, Rishabh Pant is seen as the heir apparent to Dhoni,”Kirmani said, and added that the Delhi wicket keeper is God’s gifted but he’s a lot to learn.
“He’s still in the cradle of cricket. (Yeh abhi jhule main hai). He’s got a lot to learn. But he’s God’s gifted,”he stated.

Recalling India’s win in the final of the 1983 Prudential Cup against West Indies at Lord’s in 1983, Kirmani said Kapil Dev was outstanding against Zimbabwe that paved way for India’s ultimate championship.

“I still remember how Kapil Dev batted to score 175 and how I gave him support playing a ball and rest five for the captain,”he reminisced. “Kiri bhai hum sob 60 overs kelengey as how Kapil Dev communicated to me and I as a support and rest is the history,” Kirmani added. (UNI)