Tale of trees from Array to Odisha, it is all the same. Worse is yet to come 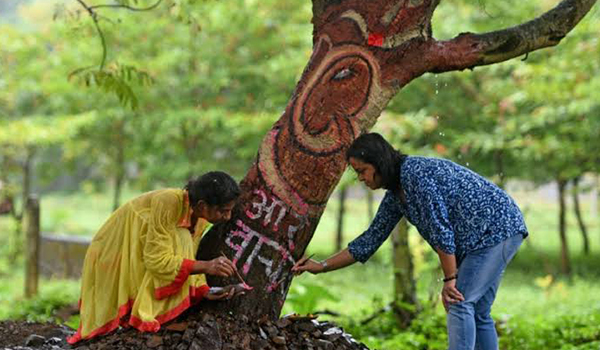 The recent tale of Array forest in Maharashtra where over 2000 trees, some of them of over half a century old or more, the devastation would have gone on had there been no voices of protest from several spectrums of the society.

It was done for a Metro project by the earlier political dispensation without much thought going into the fall outs such clinical temptations the politicians are always capable of.

Capable of abandoning such idiotic thrills unmindful of the impact, leaders should not be expected of any such sensibility. What is normally ignored is ,a sense of a holistic balance.

Fairly recently, a man from the Bharatiya Janata Party was seen defending the felling of trees in Array colony,  when he said that, already five thousand trees have been planted as a compensatory measure. That way, he meant that, the damage was controlled and nothing to blame.

Do such politicians ever realise that, how many years are required for a virgin forest to grow? It is more than fifty years almost. Politicians may be also ignorant about the fact that, the survival rate of plantation of trees are often alarmingly low.

It is not to argue against development but, what misses from the minds of planners is, how to strike a balance and let development and environment go side by side.

Felling of trees or a heritage

Between 2015 – 20119, in India,  more than one crore trees were cut to facilitate various developmental projects.

But the dangers ahead are immense and that to pose a measure to keep the expected 50 l million tonne carbon monoxide by 2020. A very tall target and by no imagination the target can be ever achieved.

It is for all to see what kind of afforestation are under way. It is mostly the species chosen are of the fast growing variety those are very ephemeral in nature. Replacing a 50 or 70 year or a century old tree by a fast growing specie, is just like a Band-Aid solution for a grievous wound.

Recently, taking to the tweeter handle Congress leader Randeep Surejwala tweeted that, during last five years, under Narendra Modi, permission was given for 1,09,75,844 trees to be felled. 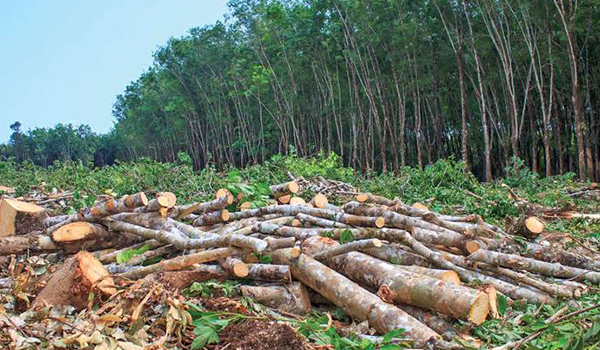 In Odisha, a state which shows signs of fast environmental degradation, has no less a poignant story. In most parts of Odisha the climate plays truant more often than not. As of date, when December has almost set in, winter seems far, except, some nip in the air after late evenings.

The scale of disregard for a sensible approach to environment  is very low. Odisha is a witness to felling of about six lakh trees in six years for road projects.

The claim about to have planted 1.65  cr trees face a big question mark if we look at the rates of survival of the saplings.

In Keonjhar and Kalahandi, most of the trees felled were mainly over 70 years old and now being replaced by the exotic variety those grow fast. Which are neither fruit bearing nor they yield shadow.

It was for all the Bhubaneswrites, few years back, to see when a road expansion was done , Lewis Road, when more than 100 trees, of colonial era, were razed to earth and as on today, there is no sign of any compensatory measures in the anvil.

Although politicians normally try to find the lee way by stating that, somewhere, far from the area, the afforestation have been undertaken.

In many countries, there is growing trend of translocation of big trees and such experiments in a few Indian states have proved successful. But that is not done. That way, more than 50% trees could have been restored.

It has become a cyclic puzzle emanating from the Forest and Envn department that, afforestation have been done here and there.

But, how many from the upper hierarchy of the Forest &Environment department, which clearly rests on a reverse pyramid structure, where most of the top echelons prefer a cushion of city postings, do go for a check on the afforestation projects.