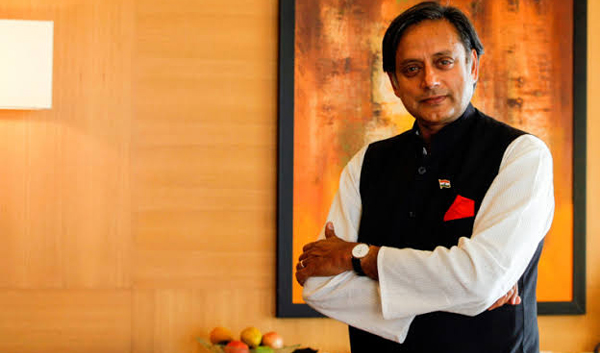 Tharoor’s remarks came hours after the Union Cabinet gave its nod for the Bill that seeks to provide Indian nationality to Hindus, Christians, Sikhs, Parsis, Jains and Buddhists fleeing persecution in Pakistan, Afghanistan and Bangladesh.

“I think the Bill is fundamentally unconstitutional as basic idea of India has been violated in it. Those who believe that religion should determine nationhood… that was the idea of Pakistan. They created Pakistan. We have always argued that our idea of nation was what Mahatma Gandhi, Nehruji, Maluana Azad, Dr Ambedkar have said… that religion cannot determine nationhood,” Tharoor said while talking to media in Parliament premises.

The Thiruvananthapuram MP said his party’s vision for a country is for everybody irrespective of religion. “Every citizen should have equal rights in this country.”

The Congress leader said that the Bill, which amends the Citizenship Act, 1955 to make illegal migrants in select categories eligible for citizenship, “undermines” the fundamental tenet of the Constitution.

The Bill has been attacked by the Opposition, minority outfits and others for leaving out the Muslims and also on the ground that it is at odds with the Constitution, which does not differentiate between citizens on the basis of their faith.

The Bill is now expected to be tabled in Parliament next week.

This is a drastic shift from the provisions of the Citizenship Act of 1955 that labels a person an “illegal immigrant” if he or she has entered India without travel documents or has overstayed the date specified in the documents.

In the last winter session, the Lok Sabha had passed the Bill. As the Bill awaited passage in the Rajya Sabha, it had lapsed after the dissolution of the 16th Lok Sabha. The opposition had then raised objections against the proposed amendments, which exclude Muslims and minorities from Nepal and Sri Lanka.