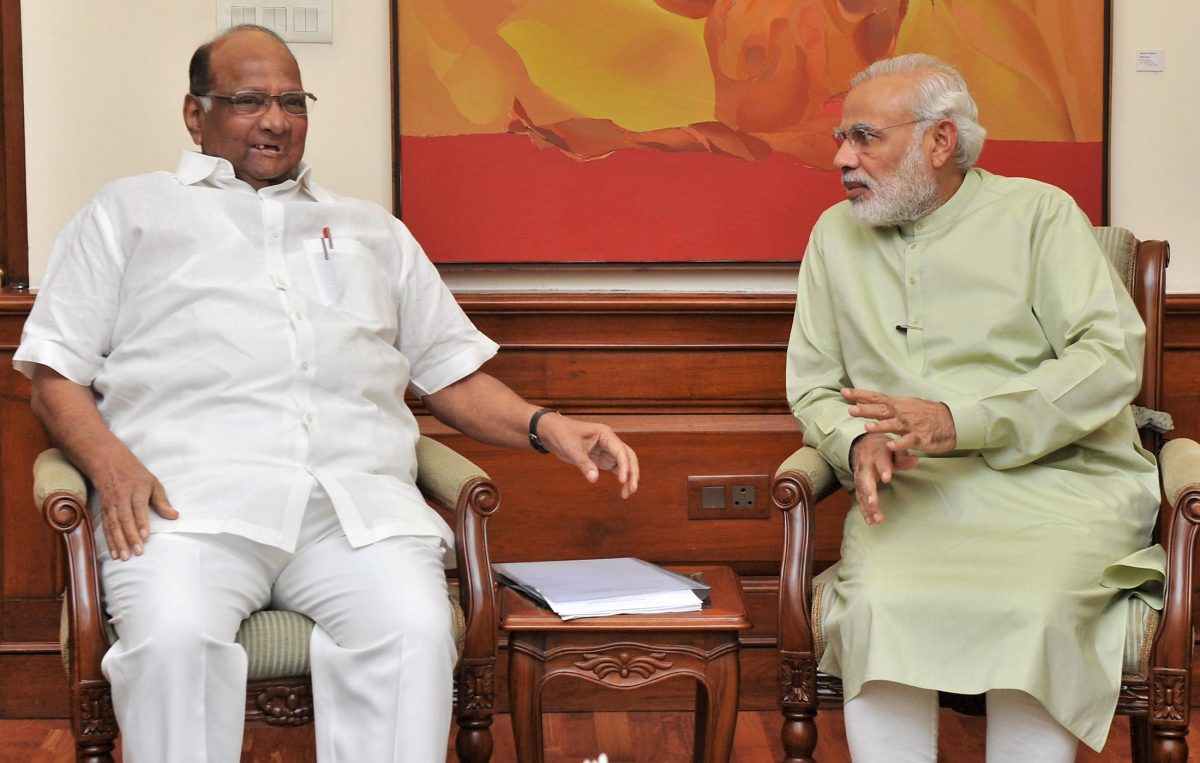 New Delhi, Nov 23 : With the dramatic development in Maharashtra where Chief Minister Devendra Fadnavis was sworn-in for a second term on Saturday, despite a late night assurance and okay by NCP chief Sharad Pawar on the Shiv Sena chief Uddhav Thackeray’s name as the next Chief Minister, everyone wants to know how it came about.

One theory being floated is that Sharad Pawar and Prime Minister Narendra Modi’s 50-minute conversation in Parliament House on November 20 laid the foundation stone for the development on Saturday when Ajit Pawar, the NCP chief’s nephew bagged the Deputy Chief Minister’s seat.

Sharad Pawar gave a reference on the issue of farmers it was told at the Wednesday’s meeting, however, according to sources, the 50-minute conversation was not limited to just one topic — farming and farmers’ distress, rather there was also talk on Maharashtra politics and all possibilities.