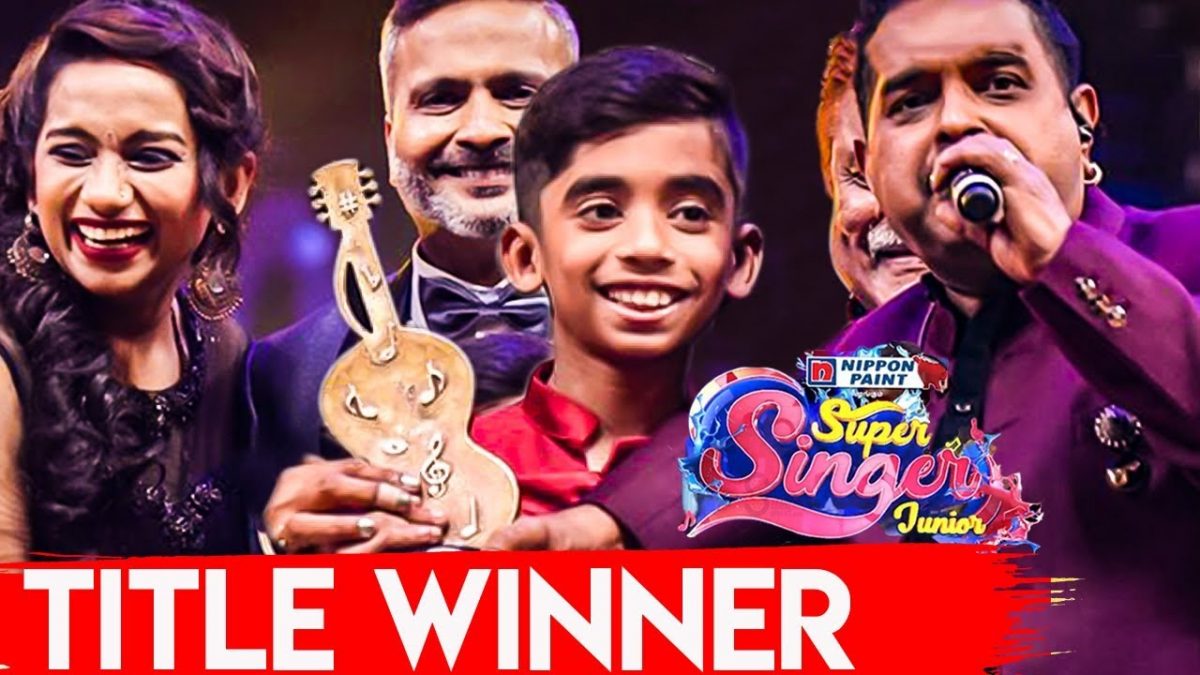 With the onset of the festive season and the people ushering in the spirot of Durga Puja, Star Jalsha is about to present to its viewers, a moment that promises to leave an imprint into Bengali Television history: The Super Finale of Super Singer Junior.
The viewers will be in for a visual delight, as the monumental musical journey called Super Singer Junior draws its curtains with a mega musical carnival.

The show has brought together young prodigies from every corner of Bengal and honed their skills on this platform. Over the course of the show, it has seen an overwhelming response from its viewers. As Star Jalsha gears up for the Super Finale, it will be befitting to say that a never before seen visual treat awaits the viewers with a galaxy of singing superstars participating and encouraging the final 5 contestants over a 10 hour long musical bonanza.
It comprises a bouquet of enthralling performances by musical maestros such as Sonu Nigam, Udit Narayan, Shaan, Alka Yagnik, Hariharan, Kay Kay, Kunal Ganjawala, Benny Dayal, Pandit Tejendra Narayan Majumdar, Pandit Subhankar Banerjee, Pandit Tanmoy Bose, Sreekumar Chatterjee, Haimanti Shukla, Nachiketa, Rupankar, Raghab, Monomoy, Subhamita, Indrani Sen, Jayati, Dhanshiri amongst others.

To add to the excitement, the show will witness a special appearance by Superstar Mithun Chakraborty along with Actors Soham and Srabanti. Not to mention our esteemed panel of judges Kumar Sanu, Jeet Gannguli and Kaushiki Chakraborty who will be rooting for the final 5 in the finale.

The competition has witnessed 13 participants who have presented a medley of songs across genres through their 16-week journey. These kids have been guided by groomers- Reshmi, Kinjal, Sovon, Ankan and Trisha.

The Judges’ panel comprising Kumar Sanu, Jeet Gannguli and Kaushiki Chakraborty have evaluated and mentored the finalists through their journey as well.
Speaking on the occasion,   Sagnik Ghosh, EVP & Channel Head, Star Jalsha & Jalsha Movies said, “The journey of Super Singer Junior is nothing short of spectacular.

These participants are representatives of Bengal’s rich culture. We are extremely overwhelmed by the love and support we have received for our participants and our show. As the show draws to a close, we hope that the audience enjoys this grand musical extravaganza we have specially curated for them through the mega 10-hour Super Finale.”
Speaking on the occasion, Subhankar Chattopadhyay, Producer, Super Singer Junior said, “These kids are a bundle of talent. It is extremely difficult to choose a winner from amongst them. The journey of Super Singer Junior has been fabulous, and we wish our finalists all the very best for the Super Finale. All our participants are winners and we can’t wait for them to begin their journey to stardom.”