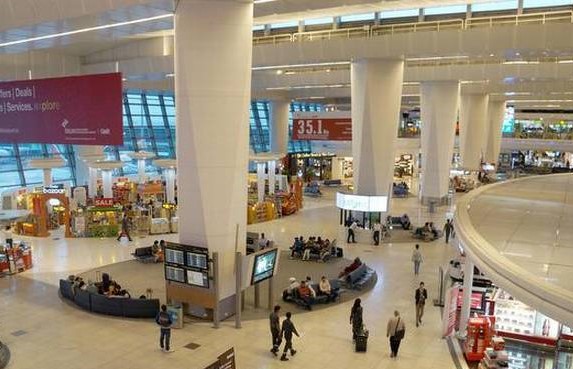 New Delhi, The Central Industrial Security Force (CISF) apprehended three passengers with Red Sandalwood weighing 160 Kg worth about Rs 13 lakh at Indira Gandhi International Airport, an official statement said here on Saturday. According to CISF, around at about 2100 hrs on Friday, on profiling basis, CISF surveillance and intelligence personnel of IGI Airport picked up a passenger later identified as Ashish Chhabra was bound for Hong Kong by Air India flight for thorough checking in departure area of Terminal-3.

The passenger along with his baggages were  taken to the random checking point for thorough checking. On being searched, some bundles of red colour wood were found inside his bags. The matter was informed to Customs officials and the passenger was allowed for check-in, but he was kept under electronics and manual surveillance.

Both passengers were intercepted by CISF surveillance and intelligence staff and their baggages were checked and found some bundles of red colour wood were found inside their bags, therefore they were prevented from making an exit from the terminal building, they added. Later, the custom officials off-loaded Deepak Mahroliya and the passengers apprehended by CISF earlier were also handed over to Customs officials along with the detected red sandalwood.

On weighing, a total 160 kg red sandal wood worth around Rs13 lakh was detected  from the baggages of all the three passengers. The Customs officials informed the matter to wildlife officials who reached at the location and confirmed it as red sandal wood, the CISF said in the  statement.