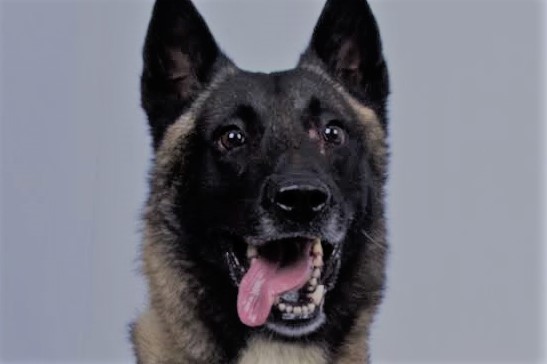 Conan was the “greatest hero” and he’s coming to the White House very soon,” President Trump said addressing a rally in Louisiana on Wednesday.
Conan, who got injured during the raid at the hideout of Baghdadi in northwestern Syria last month, has now returned to service, local media reports said.

“I said, ‘bring him now,’ they said, ‘He’s on a mission.’ I said, ‘You gotta be kidding. Come on, give him couple of days rest, please,”  Trump told the rally.
Soon after the raid, both   Trump and the Pentagon had released the photos of the dog.

US Central Command Commander General Kenneth McKenzie said the dog is a four-year veteran of the Special Operations Command (SOCOM) Canine Programme and has been a member of approximately 50 combat missions.
He was injured after Baghdadi detonated his suicide vest, McKenzie said.