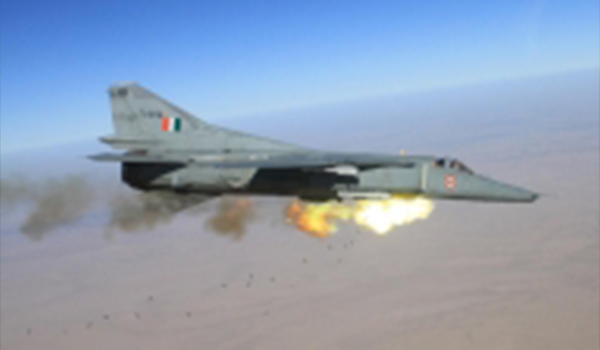 One user wrote: “Adieu, MiG-27. Thank you for your illustrious service.”

The last squadron of MiG-27 in Jodhpur, the only operational MiG-27 squadron in the world, was decommissioned on Friday.

“Truly the end of an era. #MiG27 #IndianAirForce,” wrote another user.

One post read: “The roar of a MiG-27 taking off, with its afterburners lit, shook everything! Air Force stations will miss it. #MiG27”

One user posted a funny request: “I request the Air Force to gift me one #MiG27 as they are of no use to them now….”

“Goodbye #MiG27 Bahadur. Every new beginning comes from some other beginning’s end,” tweeted one user.

Another tweeted: “Some named it ‘the flying coffin’ and some called it the Mikoyan MiG… but it will always be remembered as the ‘BAHADUR’ of the 99 Kargil war. Adieu #MiG27,” said one user.

“Goodbye #MiG27. Thank you for your illustrious service. India thanks you. Truly the end of an era.”