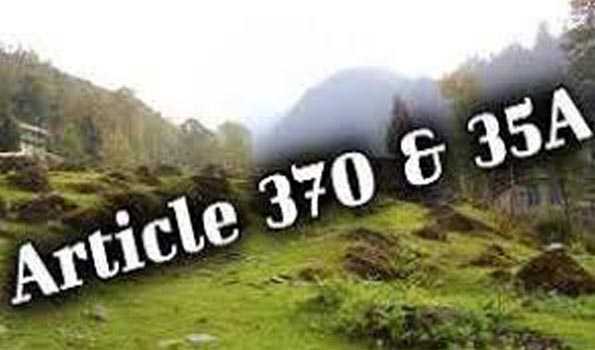 Uneasy situation prevailed in the Kashmir valley, where strike against the scrapping of Article 370 and 35 A and dividing the state into two Union Territories entered 80th day on Wednesday.

Internet service and pre-paid mobile and Short Message Service (SMS) network of all Cellular companies, including Bharat Sanchar Nigam Limited (BSNL) remained suspended since August 5 as a precautionary measure in the valley, where landline phone and postpaid mobile service has been resumed. Train service between Baramulla in north Kashmir to Banihal in Jammu region also remained suspended since August 5 for security reasons.

Additional Central Paramilitary Forces (CPMFs) remained deployed across the valley to maintain law and order. However, police said there is no curfew restriction in any part of the valley on Tuesday. Restrictions under section 144 CrPC will continue to prevent any law and order.

Business and other activities remained paralysed and traffic was off the roads since August 5 in the summer capital, Srinagar and outskirts. However, shops and business were seen functioning this morning from 0630 hrs to 1000 hrs before life again came to halt again. Passenger traffic, including the buses of State Road Transport Corporation (SRTC) buses remained off the roads. However, good number of private vehicles besides some inter-district cabs and three wheelers were also seen plying on some routes. In the morning some routes, particularly in the uptown and civil lines traffic jam was witnessed.

Elsewhere in the valley there was no change in the situation as life remained crippled due to spontaneous strike since August 5.

Business and other activities remained affected and transport remained off the roads. However, private vehicles and some cabs were seen plying on some routes.  (UNI)