A shift from the political commentary to the lap of nature and its inherent splendour is indeed so refreshing for any scribe. With the spring time in, when the nature is largely governed by the nature on the hills, a semblance of respite is not only good for thoughts but for health also.

It was almost pre-dawn when the journey started from the green-rich Kandhamal district via Haripur  Ghat ,  interspersed with myriad turns, tearing through the majestic hills and imagine the risk in the wee hour, going up and down the treacherous turns, straight looking down into more than 2500 feet through the precipitous slopes. It can leave any one awe-struck.

There was light drizzle and a thick fog, a magical blend,  just as the dawn was creeping into the day break, creating an ethereal mysticism for nature  .

The entire landscape was dissolved in the hazy horizon. A perplexing tranquility everywhere minus the sound of our vehicle and,  as if, for miles there was a reign of silence, a loneliness that of years old, enveloping the vast and unending  expanse.

For us, if there was anything, that was thrill and bliss of solitude,  far away from the madding crowd of towns and cities.

Moments, those can trigger the literary genre in anyone who is a keen observer of the nature. Chirping of birds could be faintly heard from the thick wet-foliage and a stroll at the peak points had many more wonders to reveal.

There were insects serenading the nature through the humming , croak of frogs, slowly emerging from the proverbial hibernation to celebrate the spring time, teasing the creative potentials of the unconscious minds even. 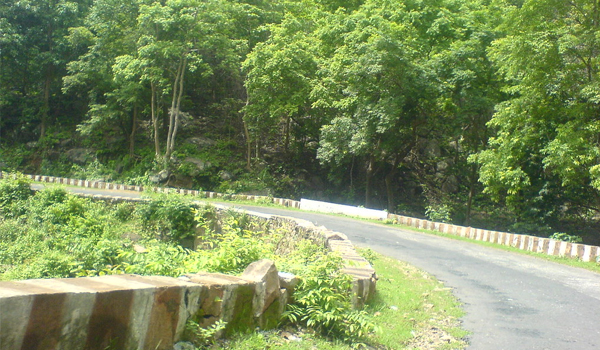 At that 2,300 feet height, the clouds  dare caress the entire living organism around and one can touch them and see the magic as they float through the terrains. Which we could feel with amusement and light touches.

The theme of the horizon slowly deepens as clouds fly high. A surrealism that raises questions in the mind like, ‘who created it’. There must be someone, somewhere, who gifted us with this unconquerable spectacle which, now we have started to abuse.

When seasons transit from one to the other, it was earlier called change in climate, that connoted joy and mirth.

But, now the connotation of climate-change has transformed into a nightmare in the build-up, that may finish all that we still celebrate in the name of nature.