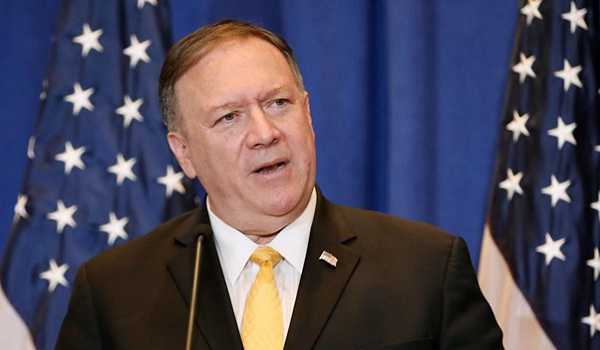 Washington, Oct 9 (UNI) Close on the heels of a move to blacklist 28 Chinese entities and companies, the US has on Tuesday announced visa restrictions against officials of the Chinese government and the Communist Party of China for ‘forcibly detaining’ over one million Muslims in a brutal and systematic campaign. “Today, I am announcing visa restrictions on Chinese government and Communist Party officials believed to be responsible for, or complicit in, the detention or abuse of Uighurs, Kazakhs, or other Muslim minority groups in Xinjiang,” US Secretary of State Mike Pompeo tweeted.

The fresh move vis-a-vis tension over Muslims’ abuse in the country’s Xinjiang Uyghur Autonomous region certainly adds to tensions between the US and China only two days before high-stakes trade talks are set to resume in Washington. The US lawmakers have reportedly asked the United States specifically to take action against Chen Quanguo, the Communist Party chief. He was earlier accused of using iron-fisted policies aimed at curbing dissent in Tibet.

The State Department, however, has not specified the names of officials who would be affected. Mr Pompeo further wrote: “China has forcibly detained over one million Muslims in a brutal, systematic campaign to erase religion and culture in Xinjiang. China must end its draconian surveillance and repression, release all those arbitrarily detained, and cease its coercion of Chinese Muslims abroad”.

“The United States calls on the People’s Republic of China to immediately end its campaign of repression in Xinjiang, release all those arbitrarily detained, and cease efforts to coerce members of Chinese Muslim minority groups residing abroad to return to China to face an uncertain fate,” the top US diplomat said in a statement. The move follows the administration’s decision on Monday to blacklist 28 public security entities and companies alleged to be involved in ‘surveillance and detention’ of minority groups, effectively restricting US companies from doing business with them.

The US statement said the visa restrictions would be on Chinese government and Communist Party officials who are believed to be responsible for, or complicit in, the detention or abuse of Uyghurs, Kazakhs, or other members of Muslim minority groups in China. Family members of such persons may also be subject to these restrictions, it said. “The protection of human rights is of fundamental importance and all countries must respect their human rights obligations and commitments,” Mr Pompeo said.

The US will continue to review its authorities to respond to these abuses, he maintained in his statement released by the Department of State. Meanwhile, Chinese and the US top representatives are to hold the next round of trade negotiations from Thursday, October 10. According to announcement, the Chinese side will be led by Vice Premier Liu He, while on behalf of the Trump administration US Trade Representative Robert Lighthizer and Secretary of Treasury Steven Mnuchin will lead in the parleys.

Topics of discussions may cover trade, financial market opening-up, intellectual property rights and agriculture, Chinese experts said in Beijing. US President Donald Trump has said that he was keen to reach an agreement with the Chinese that reduces the massive trade imbalance between the two countries, which shot up to over USD 539 billion. Notably, organizations and businesses in China moved to cut off relationships with the National Basketball Association after Houston Rockets General Manager Daryl Morey tweeted in support of the pro-democracy movement in semi-autonomous Hong Kong.

The Chinese foreign ministry has said that the US was using alleged human rights violations in Xinjiang as “an excuse for its interference in China’s internal affairs”.