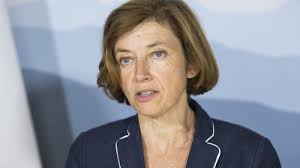 “The Turkish offensive in northeastern Syria is dangerous. Dangerous for the security of the Kurds. Dangerous because it benefits Daesh (IS, Islamic State group) against whom we have been fighting for 5 years,” Parly tweeted.
“It must stop,” she said.

The minister said France had called for a United Nations Security Council meeting on the situation, which will be held on Thursday. Earlier Wednesday, Turkey launched military operations targeting the Kurdish forces in several parts of northeast Syria after the United States started pulling out its troops there.

Turkish President Recep Tayyip Erdogan on Wednesday declared the beginning of the military campaign to eliminate the Kurdish forces in northern Syria, which Ankara deems as terrorists and separatists.

Turkey regards the Kurdish-led Syrian Democratic Forces (SDF) there, backed by the U.S.-led coalition, as an extension of the Kurdistan Workers’ Party (PKK), against which it has been waging a year-long war on its own territory.

Washington’s recent decision to withdraw troops from the Syrian region which Turkey was planning to target is seen as abandoning the SDF there, a crucial ally in its fight against the IS terrorists in northern and eastern Syria. (UNI)