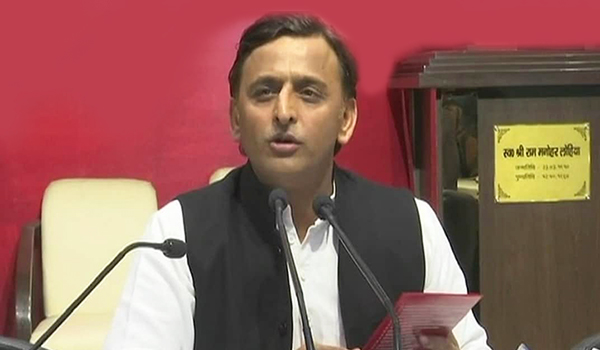 Lucknow, Dec 29   Samajwadi Party president Akhilesh Yadav said on Sunday that he would not fill the National Population Register (NPR) form. He asked his Samajwadi party workers to boycott the NPR exercise also.

“The BJP will not decide whether I am an Indian or not. We want employment and not NPR,” he said while addressing a press conference here.

Referring to the recent anti-CAA violence in the state, Akhilesh said that the Chief Minister was directly responsible for those who had died in police firing.

“Why are the families of those killed in violence not being given the post-mortem reports? The government does not want the truth to reach the people because it is apprehensive of the growing anger among the public. The chief minister is doing injustice to save his chair. Even his legislators are against him,” he said.

The SP president further said that the economy of the country was at its worst, but the ruling party was trying to divert attention of the masses.

He said that when the Samajwadi Party comes to power, it would help the victims of the anti-CAA protests.

“Officers who have unleashed atrocities on the people and whose video footage is available will have to face inquiry when we return to power. We demand a judicial probe into the protests so that the truth can come out,” he said.

Akhilesh said that after the demonetisation, the biggest ban was the internet ban during recent protests.