When nature unleashes furry! either at traffic point or at sea it kills, actions not words, warn experts 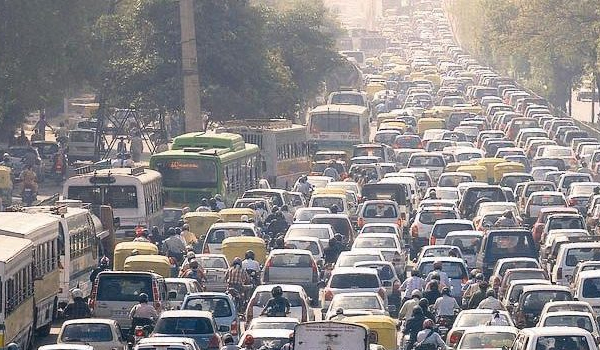 Its all euphoric, well-worded and beautifully delivered speeches on the Climate Change danger and greenhouse gas emission that really ranted through the hall in the UN. And these kind of platforms, revered to be significant always but the major concern remains unanswered.

Do these leaders who ring the warning bell at international and national platforms get inclusive with the bottom realities fraught with neglects at the very sensitive details. When one parks a vehicle at a traffic signal square, surprisingly, the majority of vehicles there, mainly big cars like SUVs and many others keep not only the ignition on but keep the ACs on too. It is a question of their comfort that they can not withstand few minutes of normalcy or humidity unmindful to the emission affecting the other commuters there even.

One can even notice vehicles owned by big guys like businessmen, MLA, MPs and other men of wealth remain with the AC on at the designated parking places,either in the open or inside anywhere like Assembly or parliament etc, and the drivers could be seen sitting or sleeping inside till the boss is back.

Charity begins at home and that is what the crux of the entire exercise comes out of such high profiled summits here or at the UN.

UN Secretary-General has warned leaders not to come to his landmark Climate Action Summit with beautiful speeches, but to present concrete plans for cutting harmful greenhouse gas emissions, and strategies for carbon neutrality by 2050.
So what, exactly, was promised at Monday’s all-day event at UN Headquarters in New York?

The private sector had a chance to demonstrate how it can bring about real positive change, when 87 major companies – with a combined market capitalization of over US$2.3 trillion, over 4.2 million employees, and annual direct emissions equivalent to 73 coal-fired power plants – committed to setting climate targets across their operations.

These businesses include well-known brands such as Burberry, Danone, Ericsson, Electrolux, IKEA, and Nestlé. A number of these companies (you can find the full list here), went a step further, by committing to “science-based targets”, which means that their corporate emissions cuts can be independently assessed.

Speaking at the UN Global Compact Private Sector Forum, Anand Mahindra, chairman of the Mahindra Group, an Indian multinational conglomerate with over 200,000 employees, said that more and more business leaders are waking up to the fact that sustainability and profit go together, and that climate action represents the biggest business opportunity of the next few decades.

In the finance sector, some of the world’s largest pension funds and insurers, responsible for directing more than $2 trillion in investments, have joined together to form the Asset Owner Alliance, which committed to moving their portfolios to carbon-neutral investments by 2050. The members of the Alliance are already engaging with companies in which they are investing, to ensure that they are decarbonising their business models.

Unlocking the power of nature

Using the power of nature is believed to be one of the most effective and immediate ways to address the climate crisis. Strengthening natural ecosystems such as forests, for example, is one such solution: more forests means more capacity for carbon capture, and replanting mangrove forests provides an effective and cheap natural barrier against coastal floods and shoreline erosion.

Monday saw the launch of several initiatives designed to boost nature-based solutions. These include the Global Campaign for Nature, which plans to conserve around 30 percent of the Earth’s lands and oceans by 2030; a High-Level Panel for the Sustainable Ocean Economy, which will build resilience for the ocean and marine-protected areas; and the Central African Forest Initiative promises to protect the region’s forest cover, which provides livelihoods for some 60 million people.
Cleaning up cities

It is now possible to construct buildings that are 100 per cent net-zero carbon emitters, and the Zero Carbon Buildings for All initiative is pledging to make all buildings – new build and existing – net zero carbon by 2050. This could potentially lead to a $1 trillion investment in developing countries, by 2030.

A total of 2000 cities committed to placing climate risk at the centre of their decision-making, planning and investments: this includes launching 1,000 bankable, climate-smart urban projects, and creating innovative financing mechanisms.

Tackling traffic congestion and pollution is the aim of the Action Towards Climate Friendly Transport initiative, which includes actions to plan city development in a way that minimises travel, shift from fossil-fuelled vehicles to non-motorized and public transport, and increase the use of zero-emission technologies.
A full list of the many initiatives announced during the Climate Action Summit can be found here.