‘Willing to wound, afraid to strike’ a dichotomy over Pragya Thakur the BJP finds hard to negotiate with 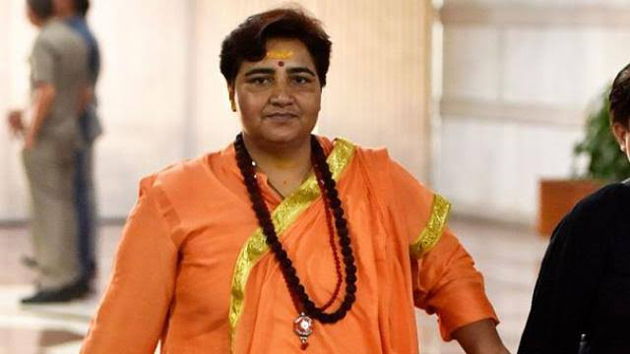 It was over an year old issue when the BJP member of parliament Pragya Thakur had described Nathuram Godse as a ‘patriot’. Hell broke loose. It went miles and the Prime Minister Narendra Modi made a statement later saying that, he can never forgive Pragya for that.

Things went as usual and Modi, as a prime minster of the country, remained busy and so did Pragya. But, her penchant for creating such controversies through a similar perfidity never stopped.

It is a different matter that, whether  Modi punished her or admonished or she had any change on her stand but, fairly recently, she once again  indulged in the same  falsehood in the parliament during a debate to defend the Mahatma’s killer Godse as a patriot.

Suddenly a news came that Pragya was taken in the Parliament’s defence panel. Whether it was an intended step or not, but it exposes the naked dichotomy that the Bharatiya Janata Party finds itself in between.

The bigger question is, what happened to the prime minister’s assurance that he would never forgive her for that. Removing her from the Defence panel is no answer what the opposition is ready to buy. Pragya’s ouster from the BJP for an act of sedition, if that can be described so, is what the occasion demands.

Whether she will be removed from the BJP or not, but the helplessness of the BJP is there for all to see.

On one side, the BJP, even if in hind sight, discovered greatness in the Mahatma or Sardar Patel, for reason best known to the BJP, but discourses from the saffron camp in the past years always exposed the ideological duplicity that the top leaders in the BJP today find hard to negotiate with.

And, for the prime minister, it is a situation akin to ‘ willing to wound but afraid to strike’.