With Sushma’s death India has lost a warm and dedicated leader: Ivanka Trump 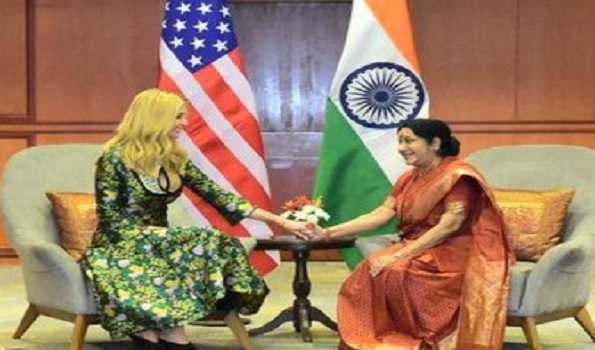 Senior advisor to US President Donald Trump and his daughter, Ivanka Trump, has condoled the death of former External Affairs Minister Sushma Swaraj describing the deceased BJP leader as a “champion for women in India and across the globe”.

“With the passing of former Minister of External Affairs Sushma Swaraj, India has lost a warm and dedicated leader and public servant,” Ms Trump wrote in a tweet.

She further wrote: “Sushma Swaraj was a champion for women in India and across the globe, and it was an honor to know her”.

Sushma Swaraj, who was External Affairs Minister in Prime Minister Narendra Modi’s government in first term between May 2014 and May 2019, expired on Tuesday night after a massive cardiac arrest.