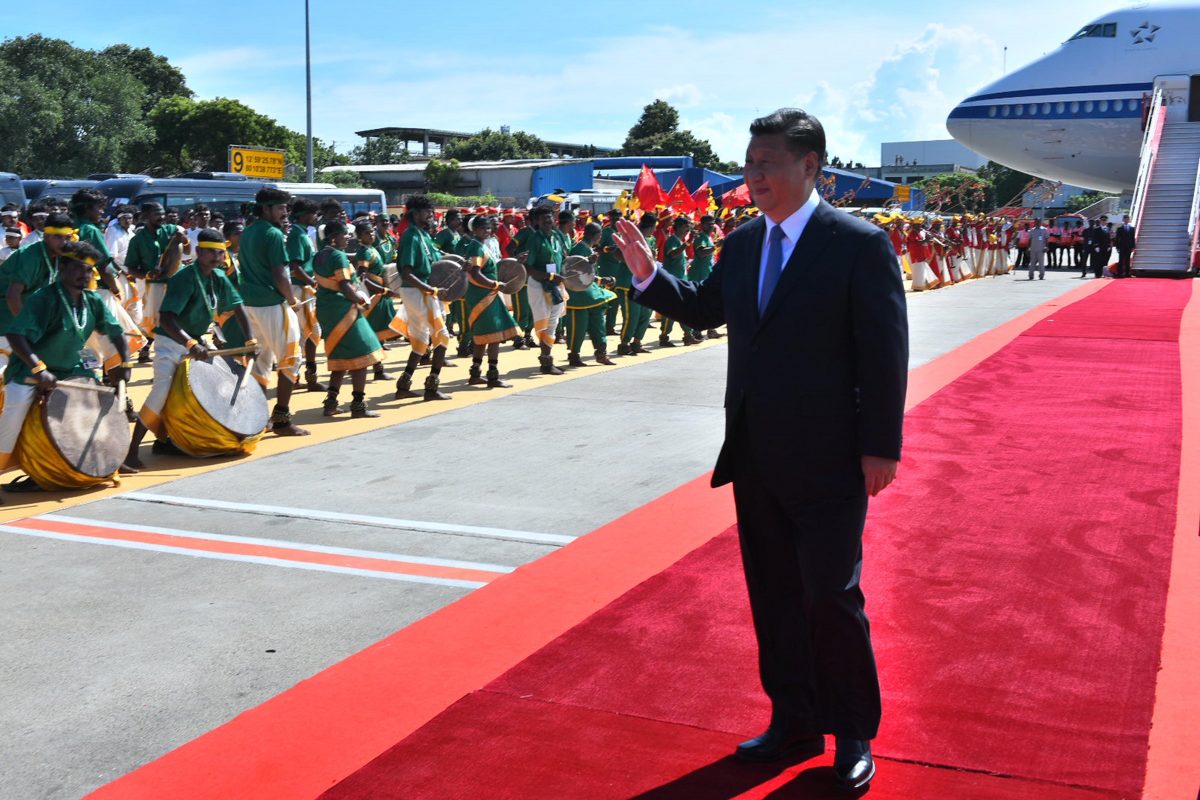 Mamallapuram (Tamil Nadu), Oct 11 (UNI) Notwithstanding some wrinkles in bilateral ties, Chinese President Xi Jinping on Friday arrived Chennai about 55 km from here and took to road for reaching the venue of the second Informal Summit with Prime Minister Narendra Modi.At Chennai airport, he was received with ‘Poorna Khumb’, a traditional honour from the ancient Kapaleeswarar Temple.

Chinese Vice Foreign Minister Luo Zhaohui told media in Beijing a “solid ground has been laid” for the parleys between India and China at a time when there are strong differences on the Kashmir issue. “The meeting will once again send a consistent message of China and India to the whole world and inject stability and positive energy to the world that is full of uncertainty,” he has said.

“President Xi’s visit to India will be a full success and set the tone and direction for further growth of bilateral ties and lead to new progress and fruitful results in exchange of cooperation between the two sides,” Mr Luo has said. Prime Minister Modi, who landed in the southern state earlier, exuded confidence that the mega event will “further strengthen ties between India and China”.

The strategic friendship and a closer personal bond Mr Modi and his honoured Chinese guest will try to achieve during their talks on Friday and Saturday is expected to open up a new chapter in Sino-India ties. Folk artistes performed near Chennai Airport. Earlier there were reports that more than 50,000 school and college students have been roped-in to welcome Xi Jinping.

Chief Minister Edappadi K Palaniswami had urged the people of Tamil Nadu to accord a grand welcome to President Jinping. ”The talks to be held between Modi and Xi in Mahabalipuram will elevate the stature of Tamil Nadu in world level,” the Chief Minister has said. Mr Modi and the Chinese President will sit down in the 7th century Shore Temple complex overlooking the Bay of Bengal later in the afternoon here.

Both leaders are expected to hold serious parleys on Indo Pacific, terrorism and possibly also take up concerns over a massive trade imbalance and the mega RCEP trade deal. Lately, some irritants have surfaced between two countries on the issue of Kashmir – that India considers is strictly an internal matter of India.

Modi and President Xi will be meeting next in Bangkok on the sidelines of the East Asia and ASEAN summit from October 31- November 4. This Summit here will be the third meet this year between President Xi and Modi.