140 arrested for drunken driving in Odisha 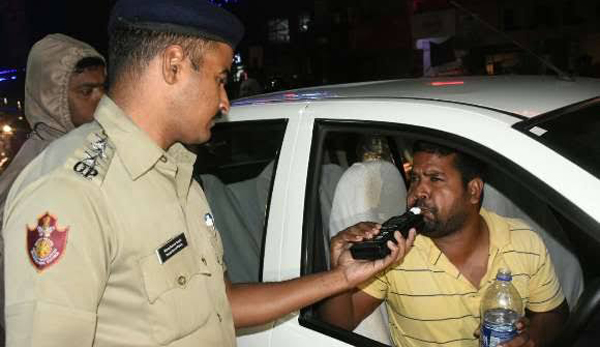 Bhubaneswar, Nov 30 The Odisha Police have arrested 140 people in 24 hours for drunken driving, according to a senior police officer, here on Saturday.

Interim Director General of Police (DGP) Satyajit Mohanty said, they were arrested in a crackdown on drunken driving in several parts of the state on Friday.

Twenty-seven drunken driving cases were reported in the Ganjam district, 25 in Malkangiri, Mayurbhanj (24) and Jajpur (17). One case each was reported in Khurda and Cuttack districts.

The offenders were fined Rs 10,000 each under the provisions of the Motor Vehicle Act, 2019, Mohanty said.

Bhubaneswar-Cuttack Police Commissioner Sudhanshu Sarangi said any person found violating traffic rules would be fined as per the MV Act, 2019.

Even though the state government has relaxed checking of documents, including driving licence, for three months, Sarangi said traffic violators would not be spared from Sunday.