15 killed, six other injured in separate incidents during Chhath festival in Bihar 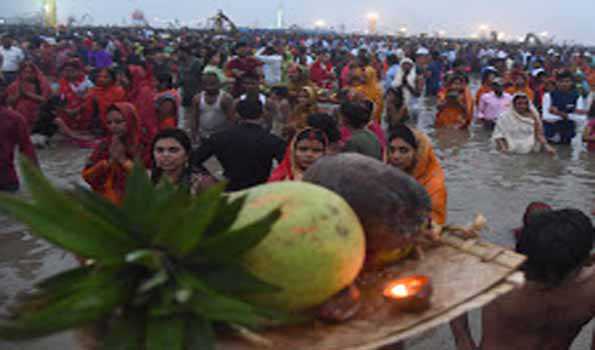 Patna, Nov 3 (UNI) Altogether 15 people were killed and six others were injured in separate incidents in various parts of the state during Chhath festival in Bihar. According to a report received from Samastipur, the joyous mood of the people during Chhath festival at Bargaon village under Hasanpur police station area in the district turned sombre when the wall of a temple constructed on the side of a pond caved in and fell on them this morning.

Sub divisional officer (Rosera) Aman Kumar Suman said that Chhath devotees were paying their obeisance to Sun by standing in the pond when the wall of temple collapsed and fell on them killing two of them and leaving seven others including five women seriously injured. The deceased had been identified as Leela Devi (61) and Bucchi Devi (60).

Mr Suman said that the injured were admitted to a government hospital at Hasanpur where one more person died during the treatment. The person who succumbed to his injuries during the treatment was identified as Kokai Yadav, he further said and added that  bodies had been sent for postmortem.